Prices Way Up in Belmont

It was a record setting month in Belmont. Prices are rising and buyers continue to get into bidding wars. Here are some highlights for the Belmont real estate market as of September 2013: Below is a chart of the average price per square foot in Belmont in each month since the beginning of 2012. Usually, we show smoothed price charts because the values can bounce around so much from month-to-month. The clear jump in home prices in Belmont since April 2013 was worth showing. All through 2012, the average price per square foot was in the low to mid $500s. In February and March it moved into the high $500s. During this entire period, prices were rising, but it was not immediately obvious just by looking at the chart. Then, all of a sudden, there was a sharp jump in the market and price seemingly went up 10% to 20% over night. The savvy buyers and sellers most likely adjusted quickly. 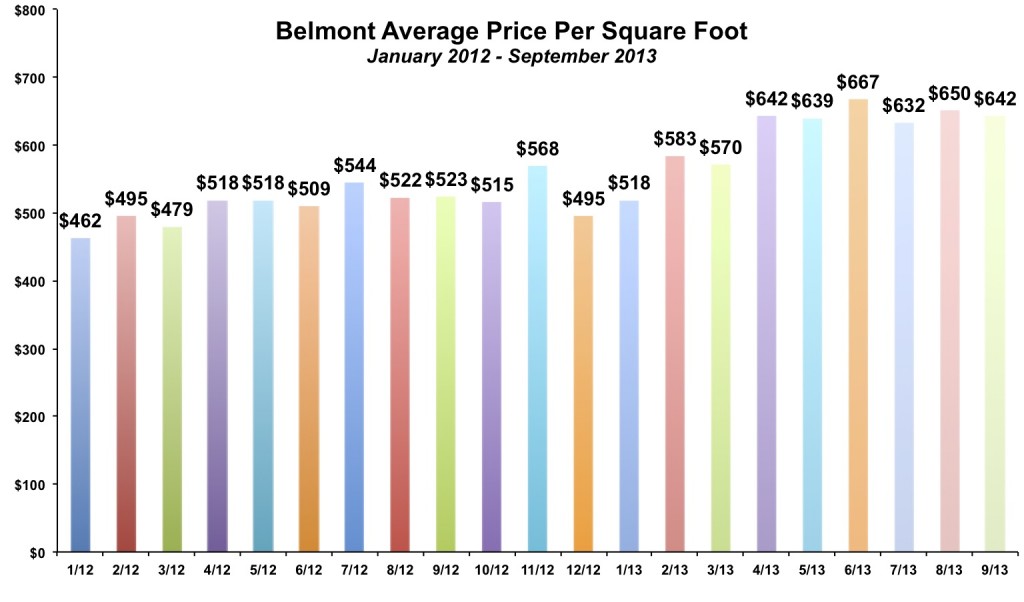 Prices have been rising since the middle of 2012. Over the past 18 months they have increased by about 25% in Belmont, with most of those gains occurring in the past 9 months. 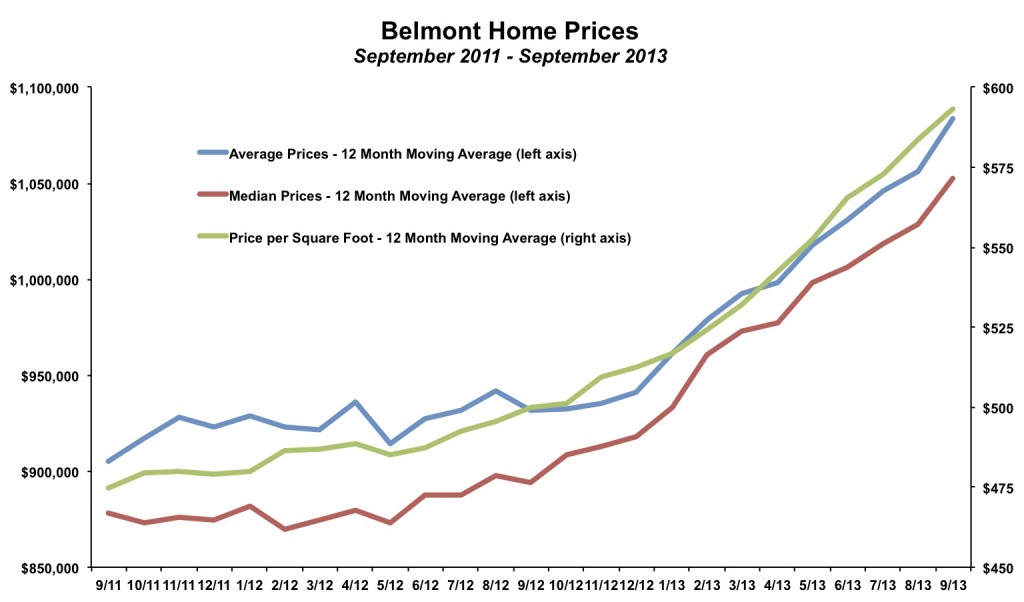 Buyers continue to compete in multiple offers in Belmont. While not all homes sell for more than the asking price, the average home has sold for 9% over asking! In September, the ratio of sales price to list price was 106.5%.

Inventory levels have been at or near record lows in Belmont for most of the year. The average monthly ending number of unsold homes has been just 16. Last year it was 27 homes and in the year prior it was 40 homes. Buyers have fewer options from which to choose, which consequently is a big driver of homes being so competitive. Inventory levels jumped to 24 unsold homes at the end of September 2013. That is the highest level since last September. Rising inventory is often one of the first signs of a market slowdown. While it is still much too early to jump to any conclusions, it is something to watch. (As an example of why one month does not make a trend, inventory levels increased by more than 60% in San Carlos from June 2013 to July 2013. By September 2013 they had fallen by more than 50%!)

By The Numbers - Belmont Real Estate for 2013