Prices Near or Above Record Levels

Prices continue to rise in the San Mateo real estate market. Here are the highlights for February 2014: Prices have increased more than 20% in the past year in San Mateo, and around 35% since reaching bottom in late 2011. The chart below shows 12 month moving averages to smooth out month-to-month fluctuations. These moving averages are still about 1% to 2% off the absolute peaks recorded in late 2007/early 2008. However, given the recent run-up in pricing and the lag between when a home is listed and the sales is finalized in the MLS, homes that are now being listed in March and April will almost assuredly be selling on average for record levels. 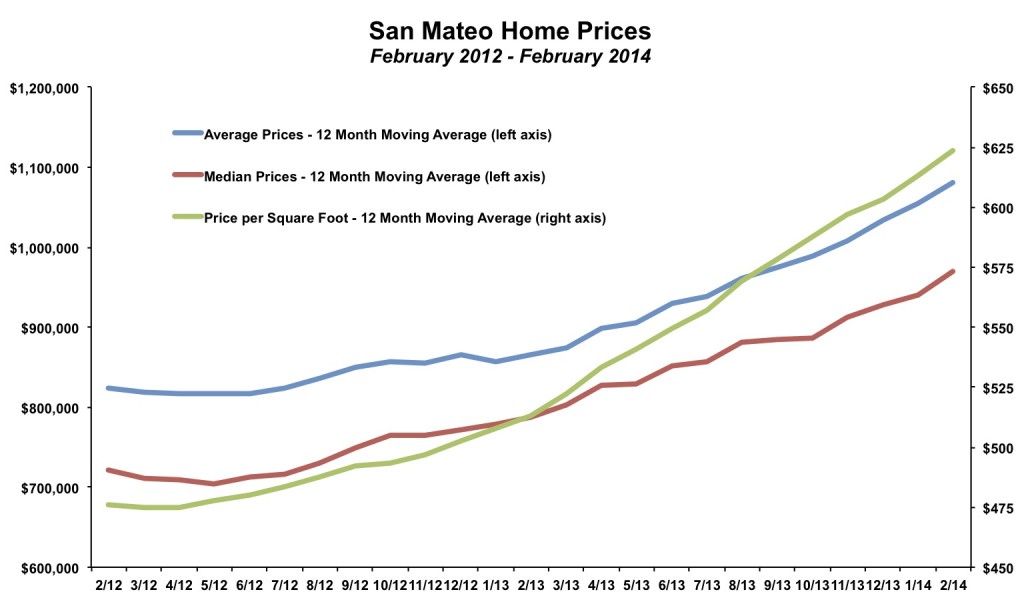 When listing a home, sellers develop an asking price based on recent comparable homes (or comps) sold in the same area. As prices have been rising for the better part of two years, the asking prices of sellers today is more than it was two years ago, or even six months ago. Despite higher and higher asking prices, buyers continue to bid above what sellers are asking. The ratio of the average sales price to list price in February 2014 was 108.7%. This means that on average, every home sold for about 9% more than the final list price (though of course, some homes sold for much more than that and others sold for less than the asking price). It was the 25th straight month that buyers on average paid more than sellers were asking. 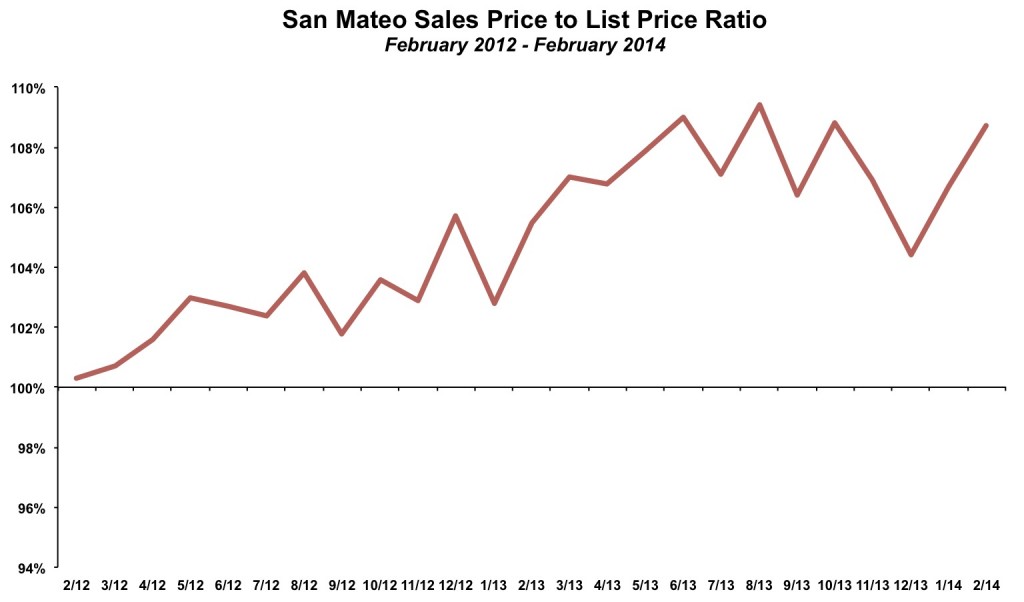 Sales Low To Start The Year

Sales have been held back by a lack of inventory. You may remember, inventory was at record low levels in November and December, with around 10 unsold homes remaining on the market. This left very few homes to be sold to start the year.

While inventory still remains very low by historical standards, it has risen in the past few months in San Mateo. There were 41 unsold homes at the end of February 2014. It is normal for inventory to rise during this part of the year. However, the increase has been a little steeper than normal. Still, inventory is below where it was last year at this time when 45 unsold homes remained on the market at the end of February. Overall, it is an inventory constrained market with an imbalance of buyers and sellers. This should put continued upward pressure on prices as buyers compete for the same homes. 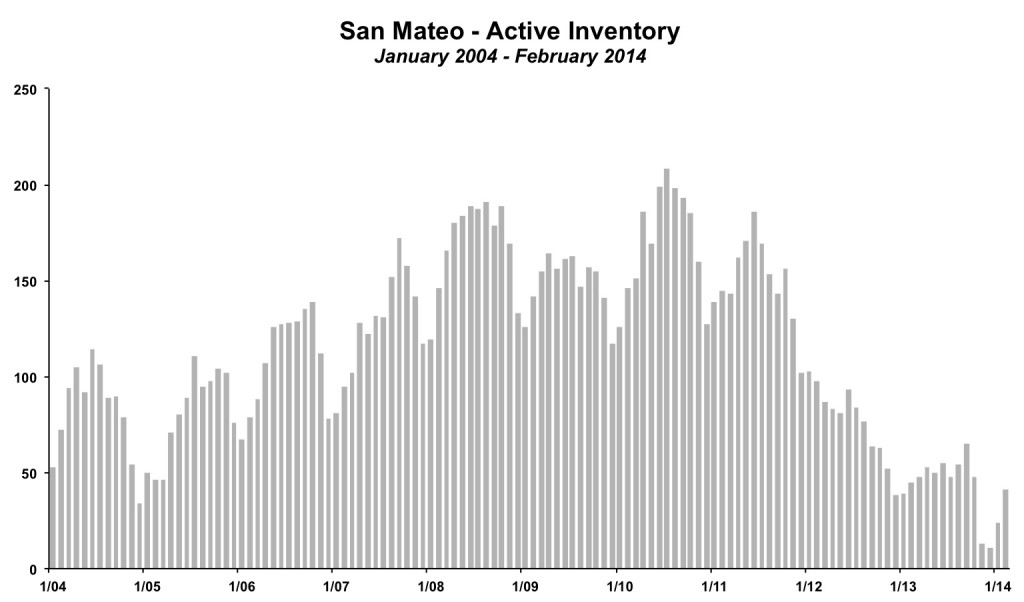