Inventory levels continue to remain at extremely low levels in the San Mateo real estate market. Prices continued their upward ascent. Here are the highlights for January 2014 Prices have increased by around 20% in the past year, and 30% since reaching bottom in late 2011. The chart below shows 12 month moving averages to smooth out month-to-month fluctuations. Prices have just approximately returned to their previous peak in late 2007/early 2008. However, given the recent run-up in pricing and the lag between when a home is listed and the sales is finalized in the MLS, homes that are now being listed in February and March will probably on average be selling at record levels. 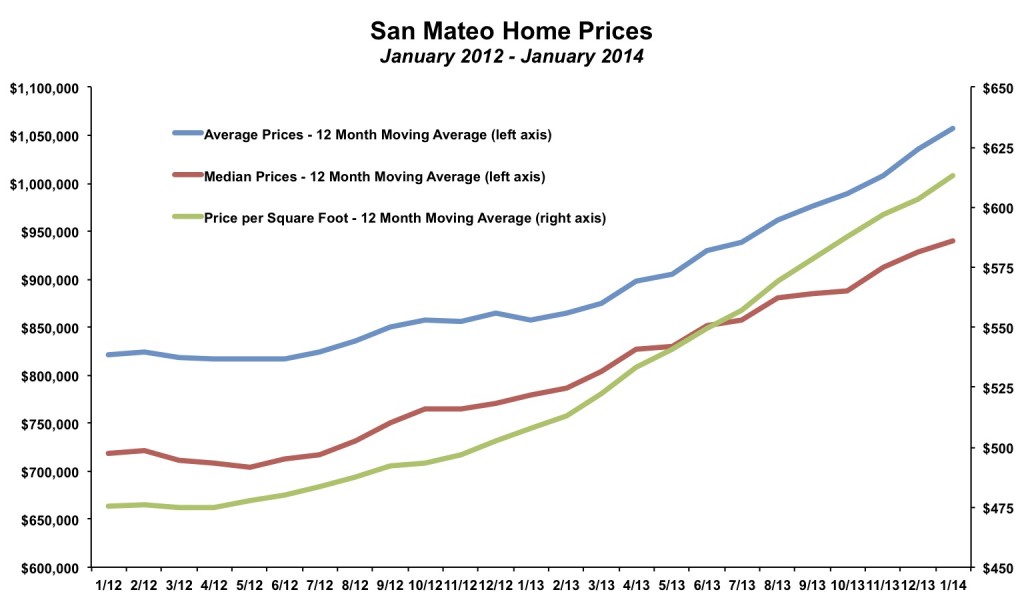 Even though prices are rising and sellers are adjusting their asking prices according, buyers continue to bid above list prices. In 2013, the ratio of the average sales price to list price was 107.1%. This means that on average, every home sold for about 7% more than the final list price. Given average prices above $1 million, this means that on average homes sold for well above $50,000 the final asking price. Of course, not all homes sell for more than asking, even in this market.

In January 2014, the average sold home went for 106.9% of the list price. It was the 24th straight month that buyers on average paid more than sellers were asking. 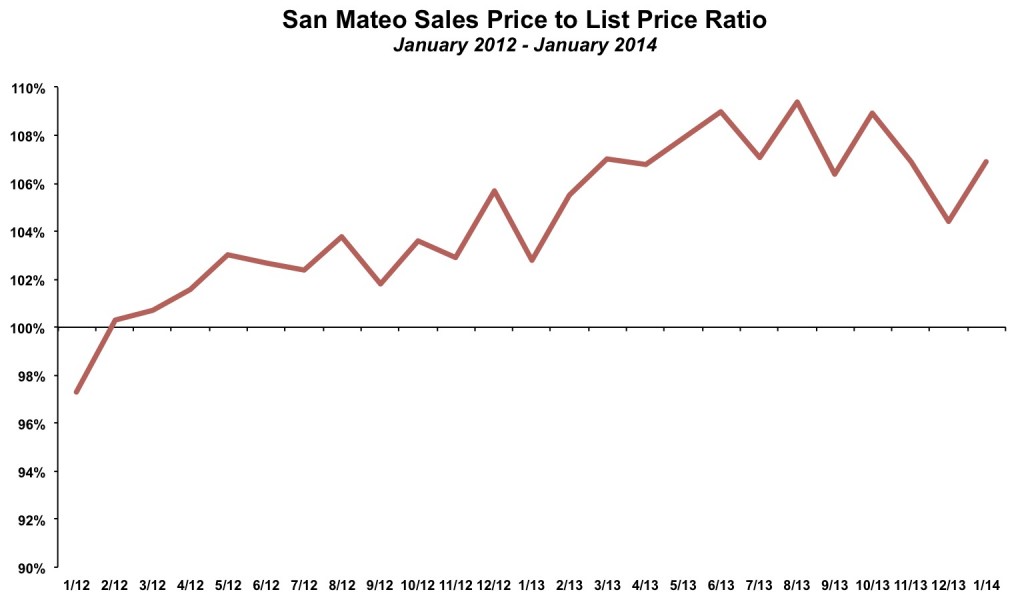 Sales Down Slightly in 2013, and Particularly Low in January 2014 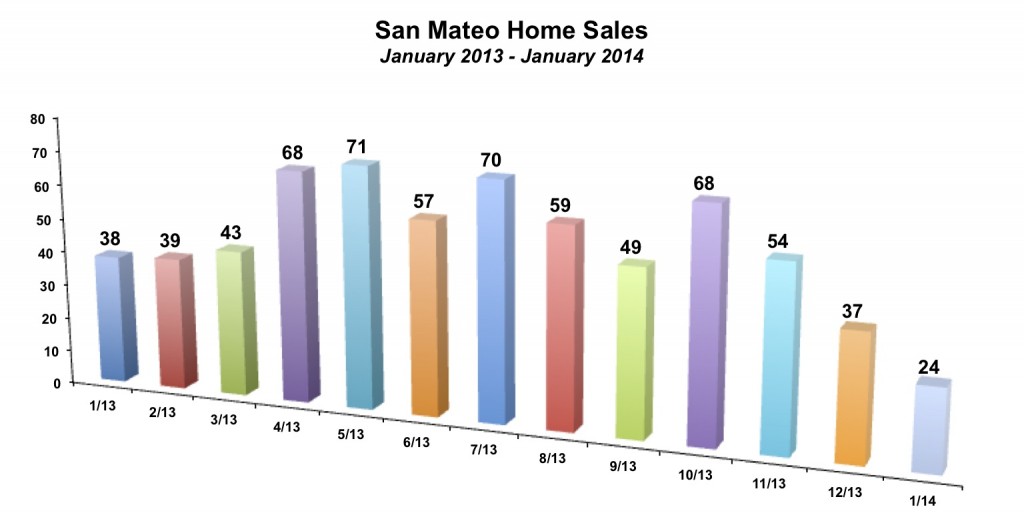 Inventory at the end of January 2014 was 24 homes. In the prior two months inventory was at 11 homes and 13 homes. Prior to the past three months, inventory levels had never gone below 34 homes in the past ten years. Inventory levels peaked at above 200 homes in the middle of 2010. The current low level of inventory continues to put pressure on buyers to offer well above asking for the most desirable listings. 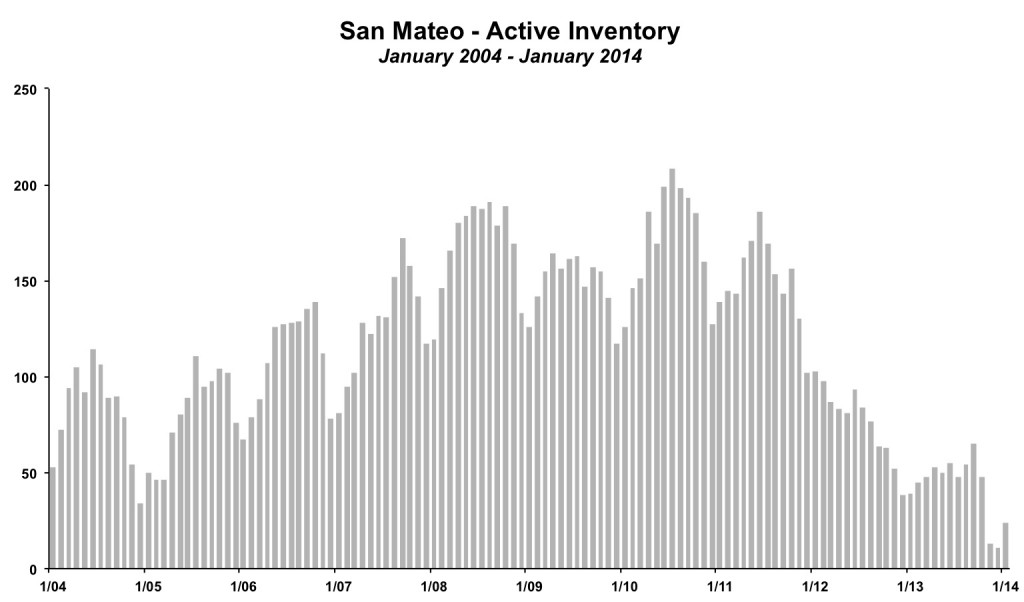