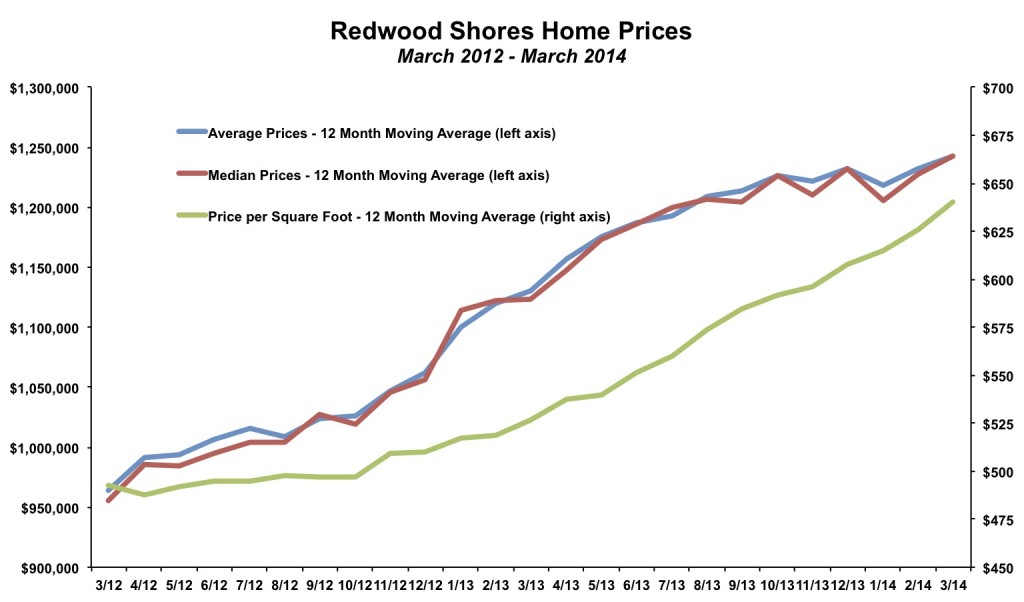 Biddings wars remain commonplace in Redwood Shores. Although based on just three sales, the average sales price to listing price ratio in March 2014 was 110.9%. This is the highest ratio in at least the last ten years in Redwood Shores. The ratio has regularly been above 100% since the middle of 2012.

The success of sellers in the marketplace goes beyond the record level of prices. Nearly every listed home is selling. In the past two years, there were over 155 listings and 146 sales, a ratio above 90%. (The 9 listings that did not sell do not necessarily represent failed listings. Sometimes sellers simply change their minds and decide not to sell). The ratio was below 60% in 2008 when lots of listings were coming onto the market, but few homes were selling.

Thinking of buying or selling a home in Redwood Shores?

If you're interested in learning more about the Redwood Shores real estate market, considering selling your home in Redwood Shores, or thinking about moving to Redwood Shores please drop me a line and I'd love to connect with you.