Prices continue to rise in the Burlingame real estate market. It is tough to call a moment in time, but buyers in the market right now (May/June 2013) will probably on average be paying what their hypothetical counterparts paid at the previous peak in late 2007/early 2008.

The chart below shows the 12 month moving average (to smooth out random month-to-month variation) of the average price, median price and average price per square foot in Burlingame. The average price per square foot by this measure is $684. This is 3% below the absolute peak of $703 in March 2008. However, these are smoothed measures, so there is some lag. In March 2008, inventory levels had nearly doubled in the past year, sales volumes were collapsing and sales prices were below list prices as buyers balked at asking prices. Values were headed downward and began to noticeably decline by the second half of the year. In the current Burlingame real estate market however, inventory has nearly fallen by half in the past year, sales volumes are high and rising, and homes are regularly selling above asking prices. Prices have been and continue to head upward. Right around the April to June 2013 timeframe is when the upward moving prices are passing the downward moving prices of early 2008. 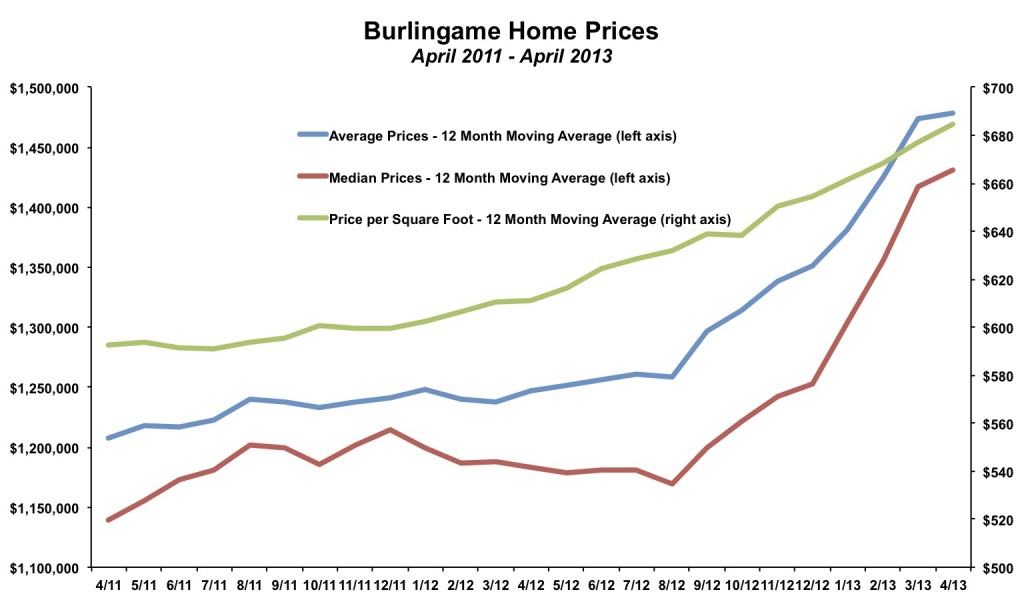 After cooling off in December and January, the average sales price to list price ratio has surged well above 100% in each of the last three months. The average sold home is now going for 5% above the final list price. While not all homes sell or even sell for more than the asking price, the average seller is getting over $70,000 than their final listing price. A ratio above 100% is a sign that buyers are regularly bidding above asking prices. It is also another sign that prices are continuing to rise. List prices are normally set based on recent comparable sales. If sale prices are above list prices this suggests that the most recent sales are going for a higher valuation than past sales. In this market, some sellers are listing above recent comps, making it even more impressive that sales continue to outpace list prices. 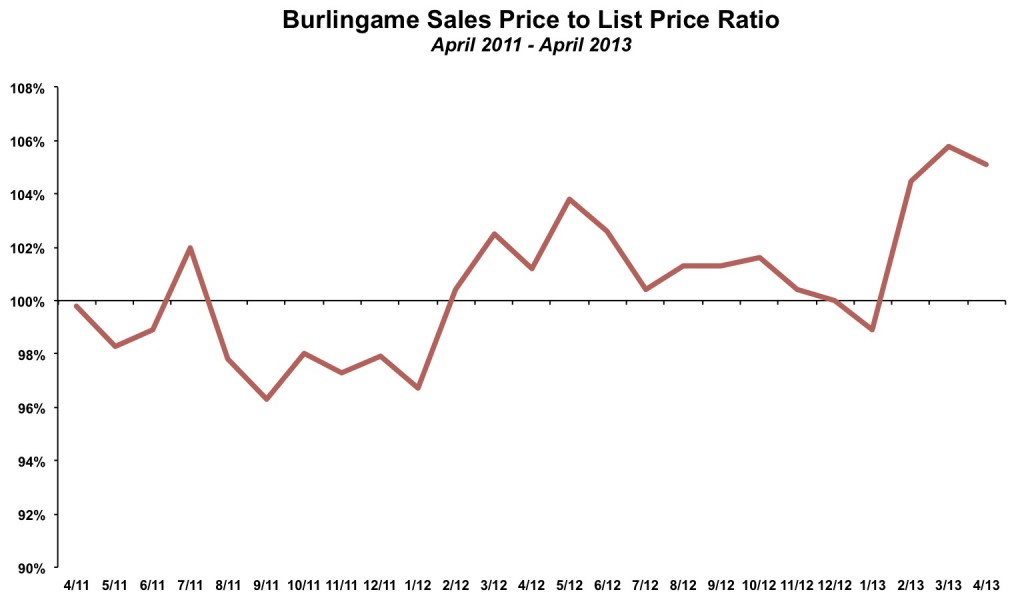 Inventory increased slightly in April to 20 unsold homes at the end of the month, but still remains near historically low levels. Inventory levels normally increase as we approach the summer months as more sellers list their homes. If there is a sustained increase in inventory it would be a sign that buyer demand is diminishing and could point to an end to increase home prices. The market is not at that point yet. Inventory levels just a year ago were more than double what they are today. 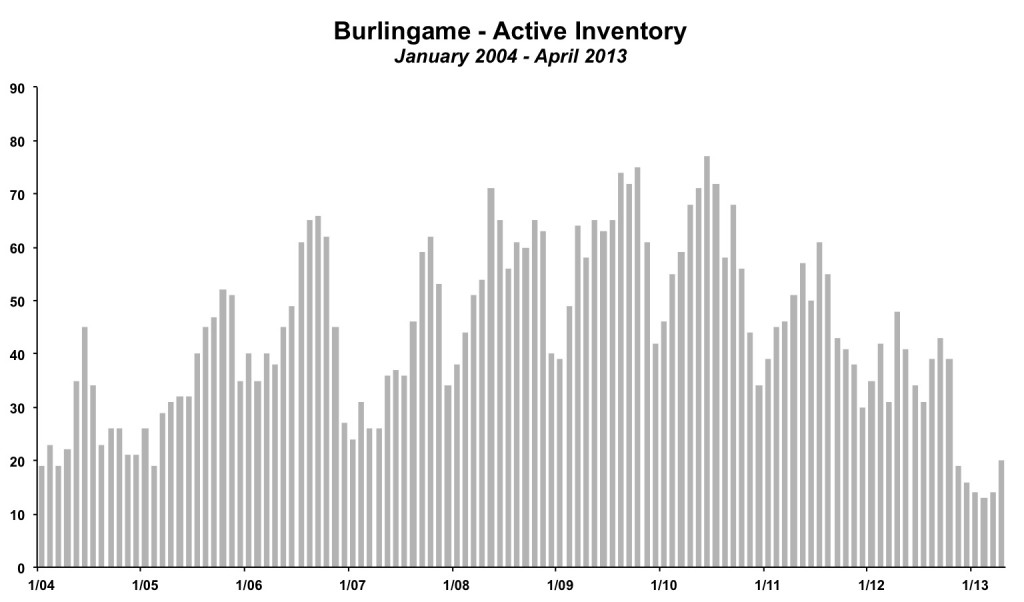 Homes continue to sell extremely fast. The vast majority of homes that end up selling are gone in less than two weeks, and many are on the market for only a handful of days.