Prices Up Noticeably in Last 12 Months

The first five months of 2013 have seen a noticeable increase in prices in the Hillsborough real estate market. Although Hillsborough took a little longer to see price appreciation, the north peninsula's most exclusive town is making up for lost time, so to speak. The average price per square foot in 2013 has been $800. Assuming the market holds strong for the rest of year, which we anticipate, 2013 will record the highest selling price per square foot ever. The previous record was $791 in 2007. Prices reached a low of $679 in 2010 and are up 18% since then, with the majority of the gains coming in the past 12 months. 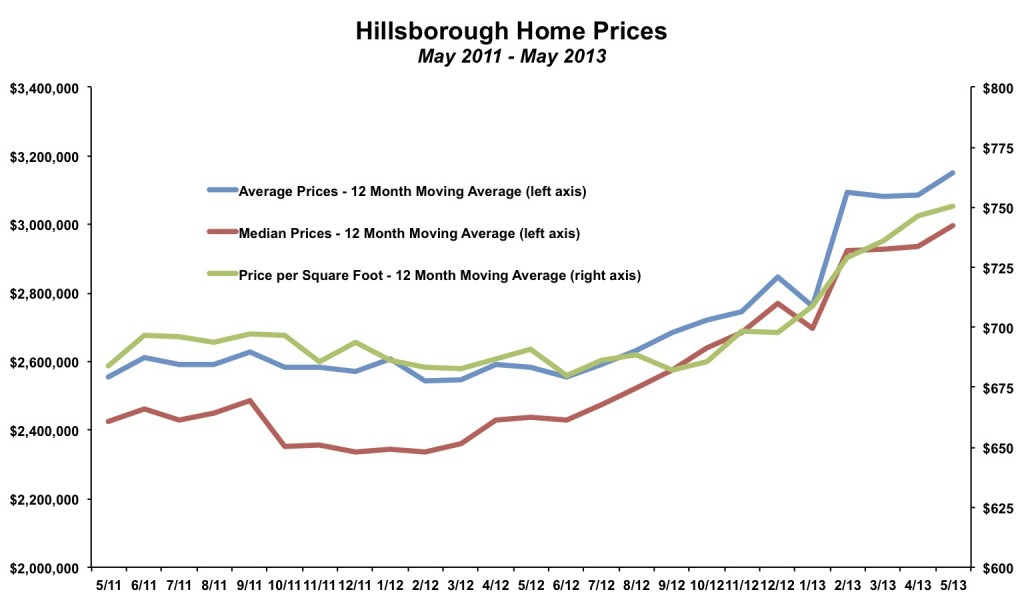 The Hillsborough area does not typically see as many homes selling above asking prices than neighboring cities, like in Burlingame, selected areas of San Mateo (Baywood, Aragon, and San Mateo Park), and San Carlos, perhaps due to the sophistication of buyers and sellers in this expensive marketplace. Even during the height of the previous real estate boom in the middle of the last decade, the ratio of sales prices to list prices rarely ticked over 100% for an extended time. In nearby cities such as Burlingame and San Mateo, the ratio has regularly been exceeding 100% and going up to 110% in some months. In Hillsborough, selling prices have averaged 97.8% of list prices. While that is well below 100%, it is the highest since 2005, when it was 98.9%.

It will be important for prospective sellers in the Hillsborough real estate market to follow the possible rise in inventory. While the number of homes for sale typically increases during the summer months as there are more listings (and sales), the jump from January to May has put the inventory of unsold homes at 67 listings. Excluding the spike during the weak environment in 2009 and 2010, this is the highest inventory since July 2006. However, it is also just slightly above the 65 listings that were on the market since the end of May 2012. Given the robust buyer demand seen in Hillsborough and surrounding areas, the uptick in inventory will be worth following. If inventory increases further, it could foreshadow a slowdown in sales and prices. 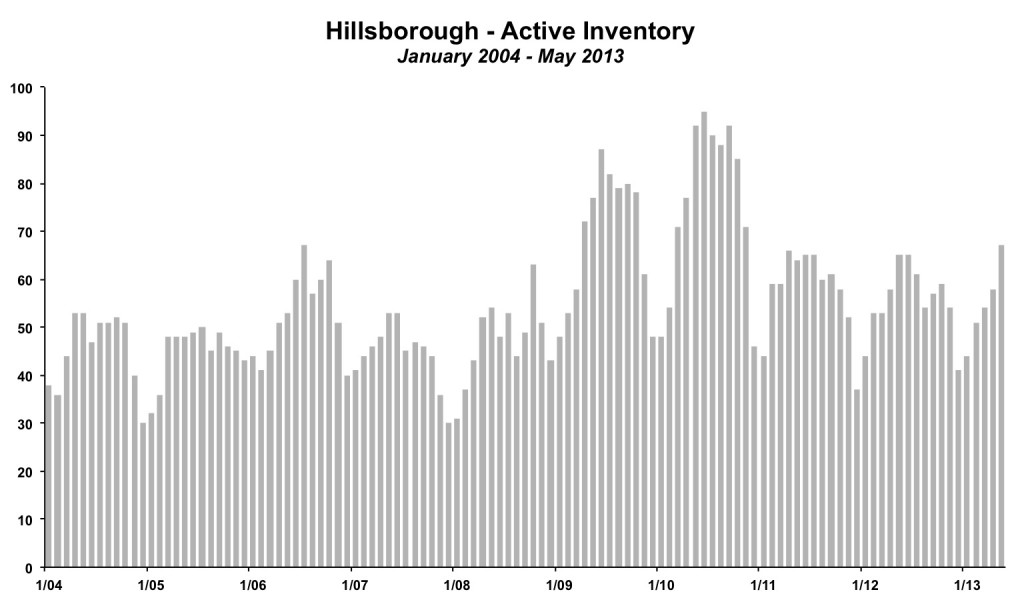 Because there is more inventory, buyers in Hillsborough may have the opportunity to bid more cautiously, especially if there is more than one property on the market that matches their needs, given the relative uniqueness of many Hillsborough homes. However, with prices rising and a strong local economy, buyers will still need to make a competitive offer. Well priced homes that appeal to a broad set of buyers have a strong likelihood of selling at or above the asking price. 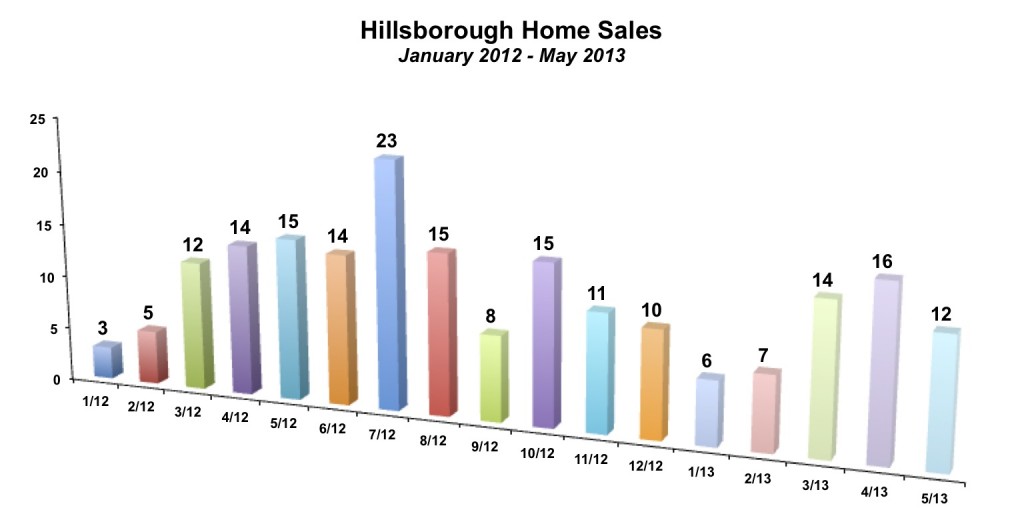