There seems to be no end to the increase in home prices in the San Carlos real estate market. Prices are rising 1% to 2% per month and buyers are regularly bidding 5% to 10% above list prices. Nearly every home that is listed is eventually selling (though of course not all are selling above the final list price).

As of April 2013, the 12 month moving averages for median price, average price and average price per square foot are all 15%+ above where they were one year ago. The data shows prices are just a few percentage points lower than where they were at the previous peak in late 2007/early 2008. At the current rate, the data will likely show prices reaching a new high in the next month or two. However, given the current trajectory, prices are probably at their highest level ever in San Carlos. 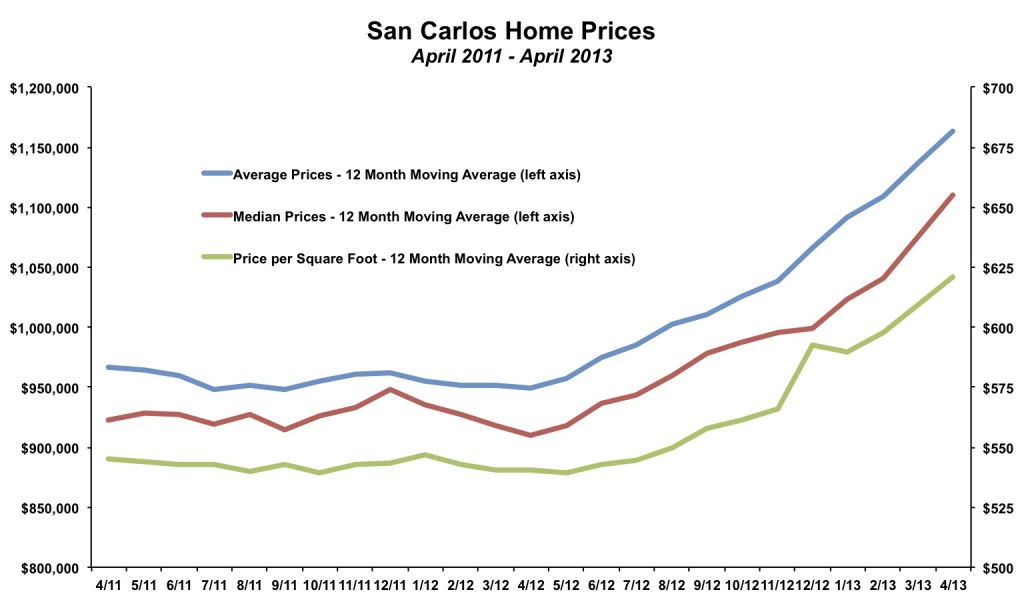 The imbalance between buyer demand and seller supply is the highest it has been since the absolute height of the market frenzy in 2005. The ratio of the average sales price to list price has been 107.7% so far in 2013, including 110.2% in April 2013. The ratio was 106.6% in all of 2005. Sellers are already reacting to market conditions by raising asking prices. Buyers should expect this to continue as sellers set prices based on more recent comparable sales. 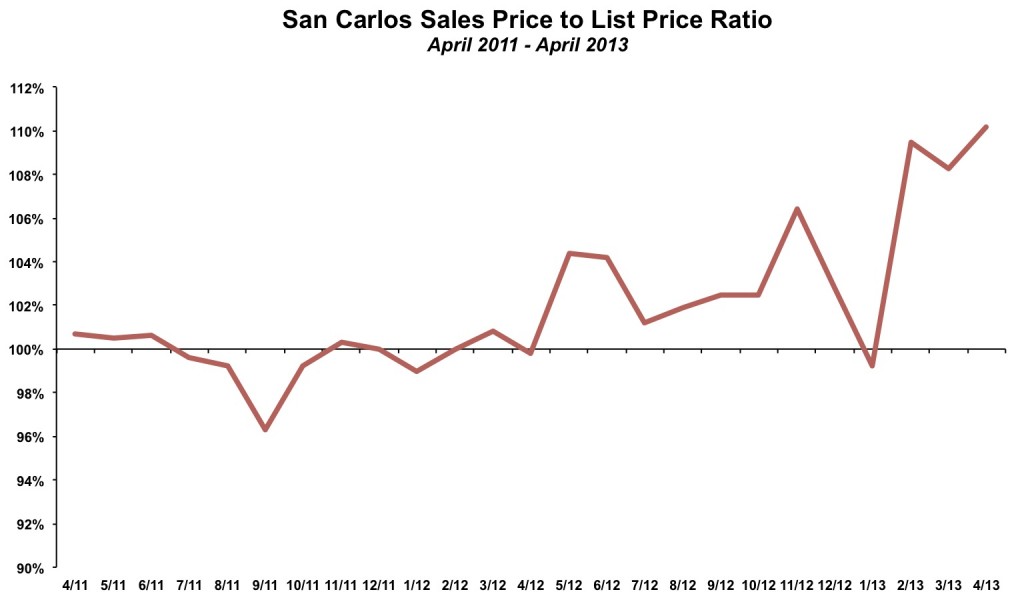 Sales activity is being depressed by the lack of available listings. At the end of April 2013, there were just 14 unsold homes on the market in San Carlos, as compared to 30 unsold homes in April 2012. Inventory levels are the lowest they have been in at least ten years!