Some of the Highest Price Increases

Prices are rising sharply in Redwood City and buyers continue to bid above asking prices. Here are some highlights for the Redwood City real estate market as of March 2014. Redwood City has seen some of the sharpest price increases in the Peninsula. Since reaching the bottom in late 2011/early 2012, prices are up 40% (in most areas of the mid-Peninsula, prices have risen closer to 30% to 35%). In the past year, prices are up 20%. 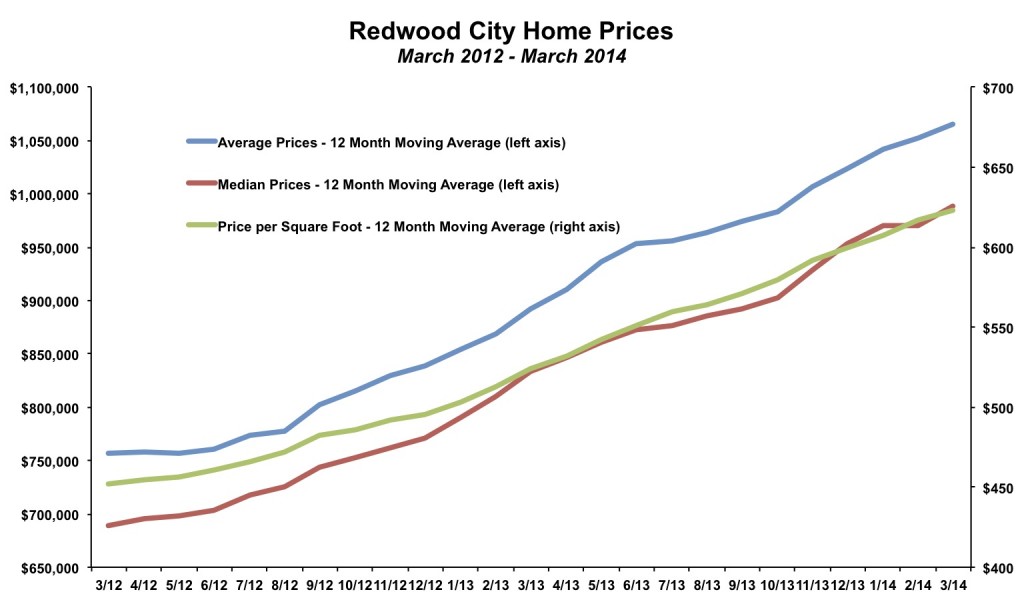 Most homes are selling quickly. The average days on market of homes sold so far in 2014 has been 22 days. There are always a handful of homes that sell after being on the market for multiple months. The most desirable listings are being sold in less than 10 days, often after a single open house.