Prices continue to rise in the San Mateo real estate market as buyers bid well above asking prices. Here are the highlights for May 2014: Prices have increased by approximately 20% in the past year in San Mateo, and by 35% to 40% since reaching bottom in late 2011. The chart below shows 12 month moving averages to smooth out month-to-month fluctuations. These moving averages have recently surpassed the absolute peaks recorded in late 2007/early 2008. Prices are at record levels in San Mateo. 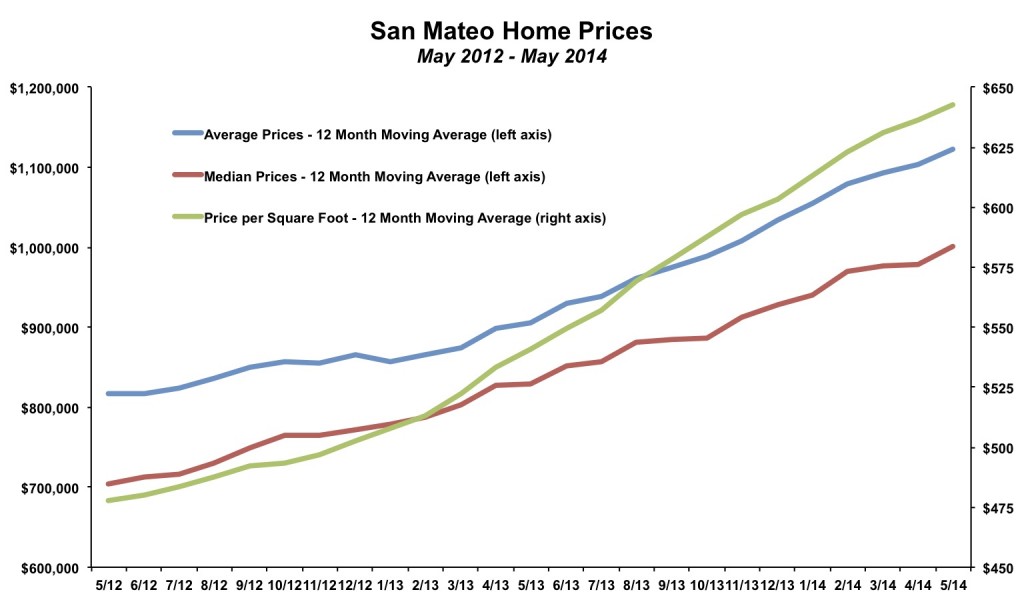 Despite asking prices also reaching record levels, buyers continue to put in overbids as they compete against one another over a fixed supply of housing. In May 2014, the average home sold for 8% above list prices, one of the highest rates in at least the last ten years in San Mateo. This indicator is a good measure of market sentiment. At a reading well above 100% it is pointing to continued price increases, at least in the near-term. 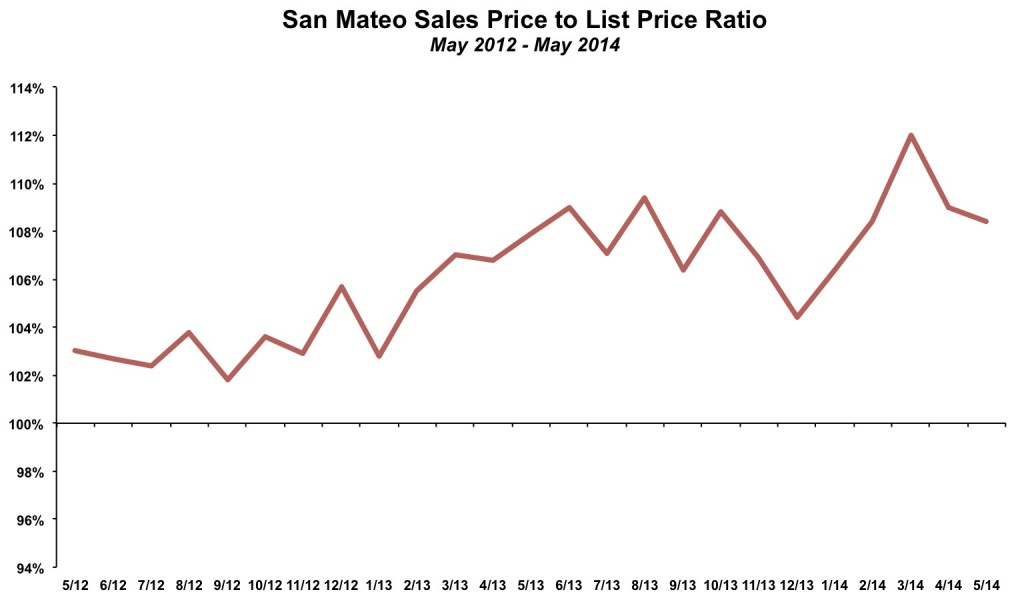 Sales Increase in May, But Still Low YTD

As expected given normal seasonal patterns the number of homes that closed escrow in May 2014 increased as compared to April 2014. However, even with the increase, sales activity continues to be lower than a year prior. There were 67 homes sold in May 2014, down from 71 homes sold in May 2013. Through the first five months of the year, there have been 220 sales. This is well below the 259 sales in the first five months of 2013. At the current rate, the annual sales total could fall to around 560 sales, which would be the fewest since 2009. 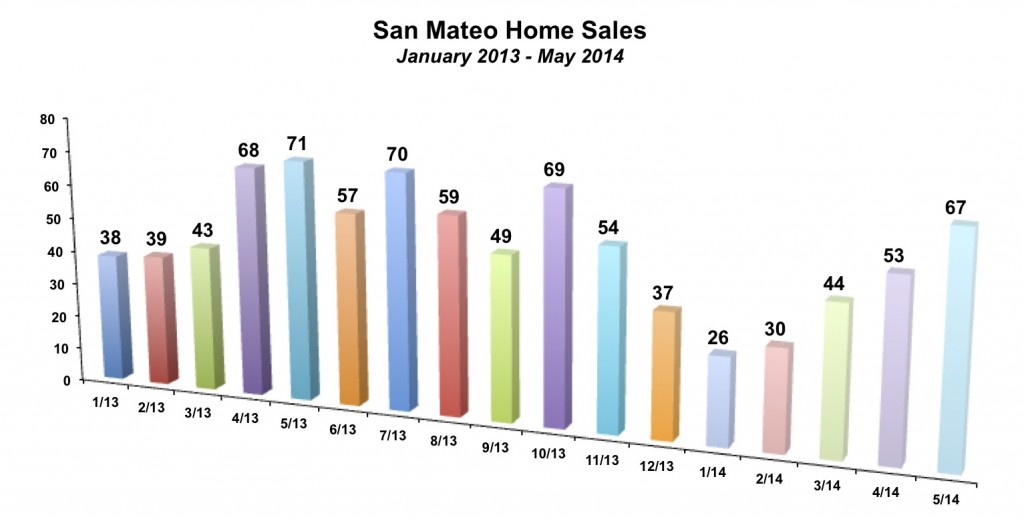 Slowing sales activity is often one of the first signs that a red hot real estate market is cooling. However, when that is occurring, we also typically see rising inventory levels and a spike in the number of listings that end up being cancelled or expiring due to not selling. For example, as the pace of price increases slowed from 2005 to 2007 we saw sales decline, inventory levels increase and an increasing number of listings fail to sell. However, this is not currently happening in San Mateo. Sales are down for two reasons (and neither of them has anything to do with buyer demand). There have been fewer homes listed. In 2013, there were 692 listings. It was the first time below 700 listings in at least 10 years. So far in 2014, listings are actually down compared to 2013. With fewer homes coming onto market, it is no surprise that sales have fallen. In addition, the supply of homes to start the year was the lowest ever. Inventory remains low, suppressing sales. 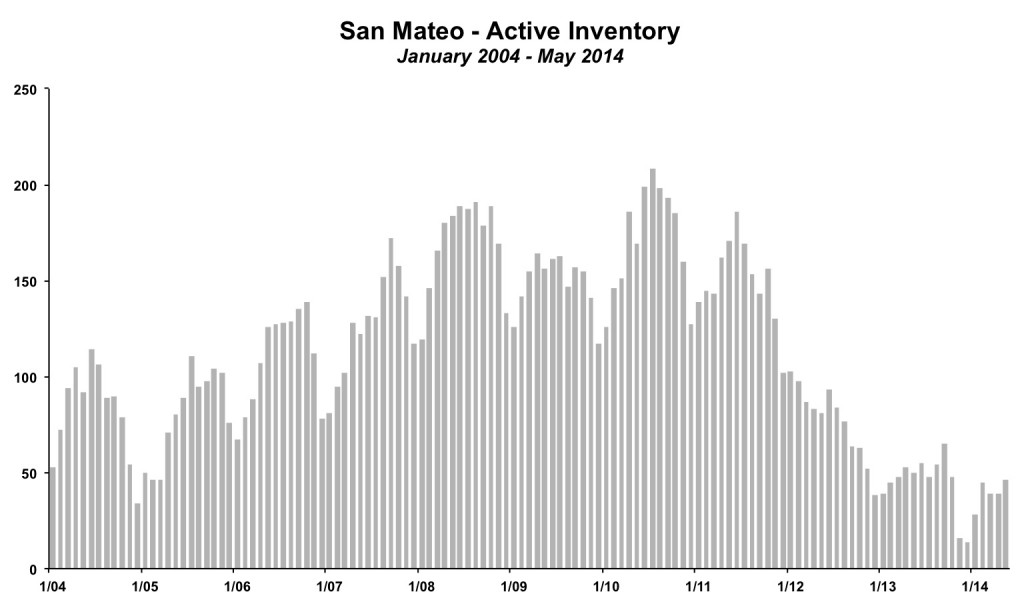