The small neighborhood of Burlingame Gardens which is bounded by California Drive and 101 to the east and west, and Broadway and Oak Grove Avenue to the north and south, typically has only one to two sales per month. In all of 2013, there were only 9 homes sold in the area. Through the first four months of 2014, there have been four homes sold. Given the limited data points it is difficult to draw conclusions specific to the Burlingame Gardens market. Here are some highlights in this submarket as of April 2014: 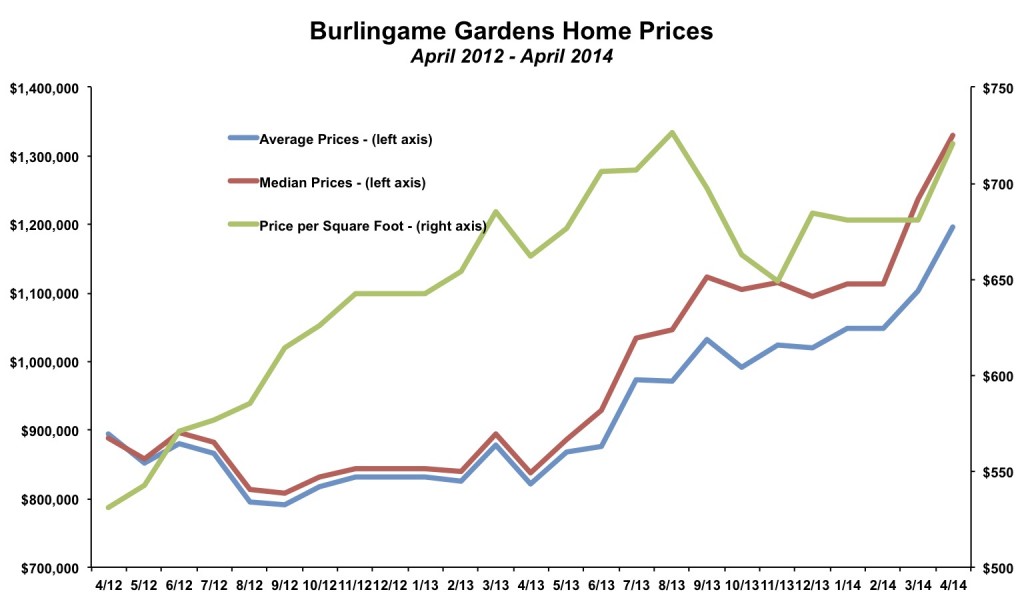 Thinking of buying or selling a home in Burlingame Gardens?