Buyers continued to big against each other in the San Carlos real estate market. Prices continue to rise and buyers continue to regularly (but not always) pay above asking prices. Here are the highlights as of February 2014: San Carlos has seen some of the largest increase in prices across the mid-Peninsula. Prices have risen 20% in the past 12 months in the city and by around 35% since reaching bottom in early 2012. Prices are at record levels. It will vary from home-to-home, but on average, a given home today will sell for at least 10% more than it sold for at the previous market peak in late 2007/early 2008. In fact, in the first two months to start the year, the average price per square foot has been $831. At the previous market peak, the average price per square foot never breached $700 in any month.

The chart below shows the 12 month moving average median price price, average price and average price per square foot in San Carlos. The moving average helps to smooth out random month-to-month fluctuations to give a clearer view of trends. All signs point to sustained price increases over the past 20+ months. 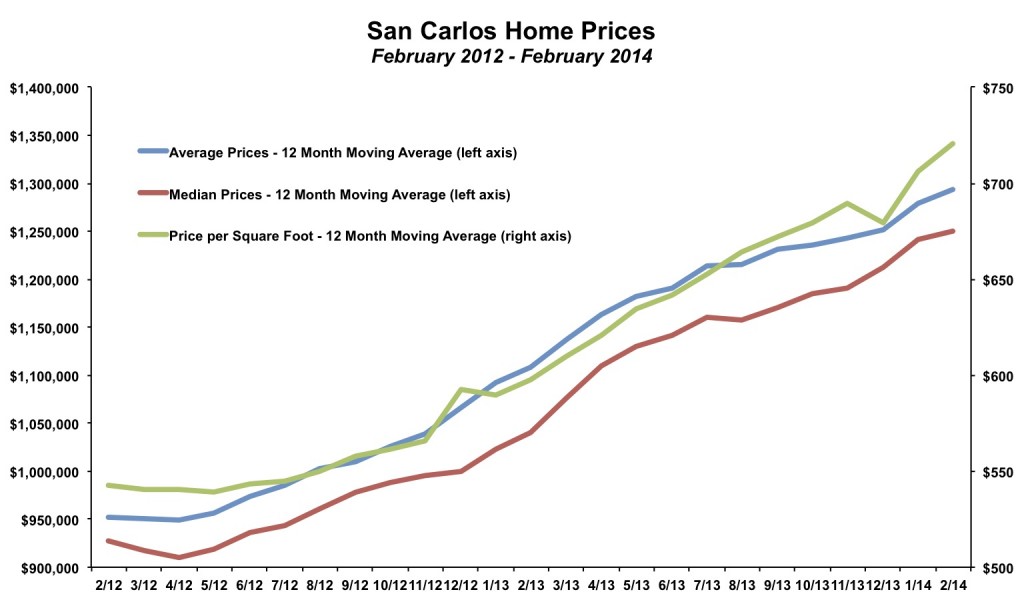 Despite sellers adjusting their list prices based on recent comps that capture the rising prices, buyers continue to bid above asking prices. In 2013, the average home sold for an incredible 8.6% above the final asking price (even in what was considered to one of the "hottest" markets ever, the ratio was lower at 6.6% in 2005). In February 2014, the average ratio of sales price to list price was 115%. This is one of the highest monthly figures we have seen for any area in the past ten years. A reading well above 100% is a sign that buyers outnumber sellers and are having to outbid one another to win the home. 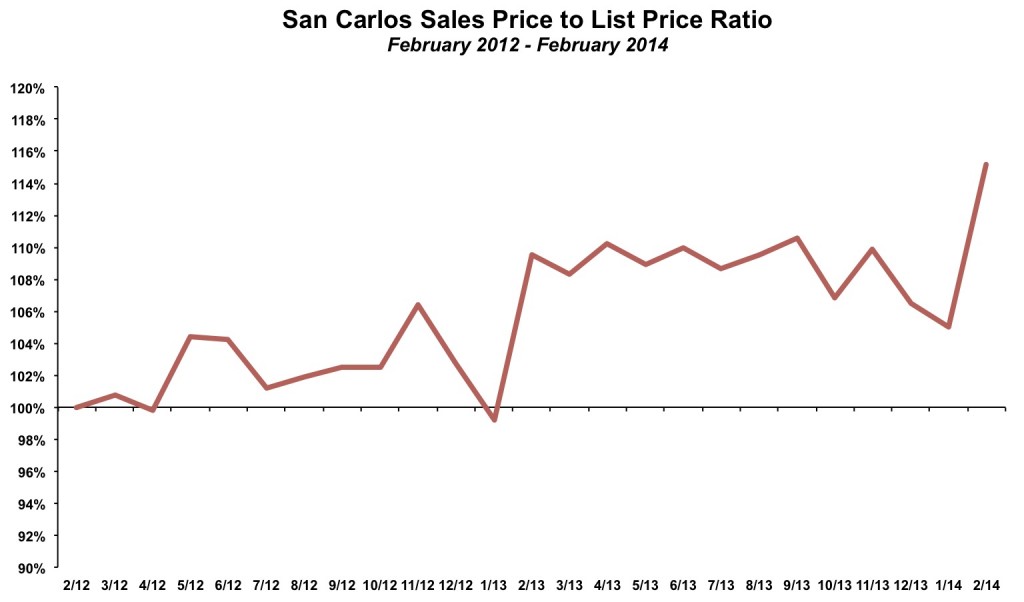 There were 11 homes sold in San Carlos in February 2014. January and February are typically the slowest months in San Carlos. Sales activity usually picks up in March and remains high through September/October before slowing down again near the end of the year. 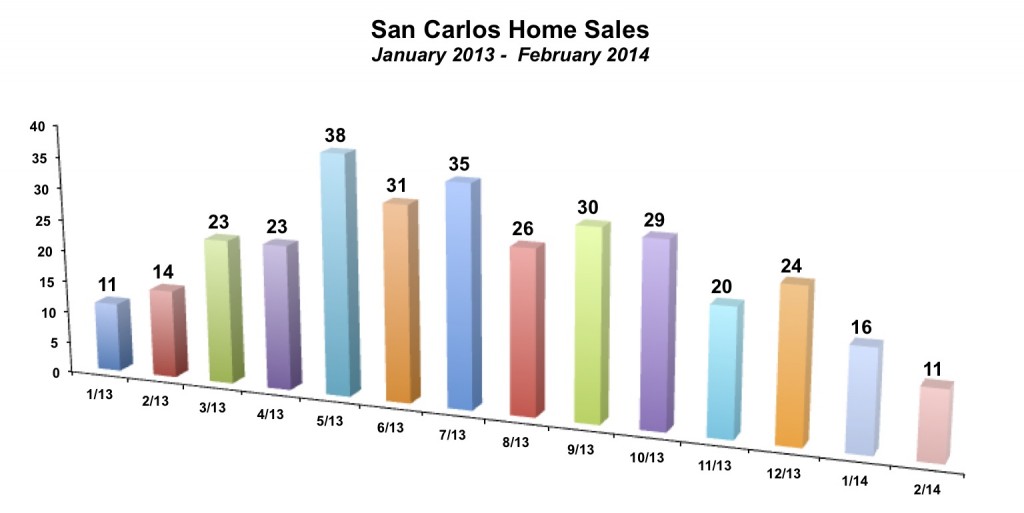 A lack of inventory has put downward pressure on the number of sales and upward pressure on prices. Changes in inventory levels are often a leading indicator of shifts in the marketplace. Given that inventory is at record low levels, there is no way for it to go except up. For that reason, we are closely watching inventory levels. In February 2014, inventory did rise sharply. However, at this point, we see this as a likely blip (similar to July 2013) rather than a true rise in inventory. While there were only 11 homes closed in February 2014, there were 24 accepted offers. These homes should close in March, bringing down inventory (or at least arresting the rise in inventory, adjusted for seasonality). Of course, the normal seasonal pattern is for inventory to rise through summer and then decline again near the end of the year. 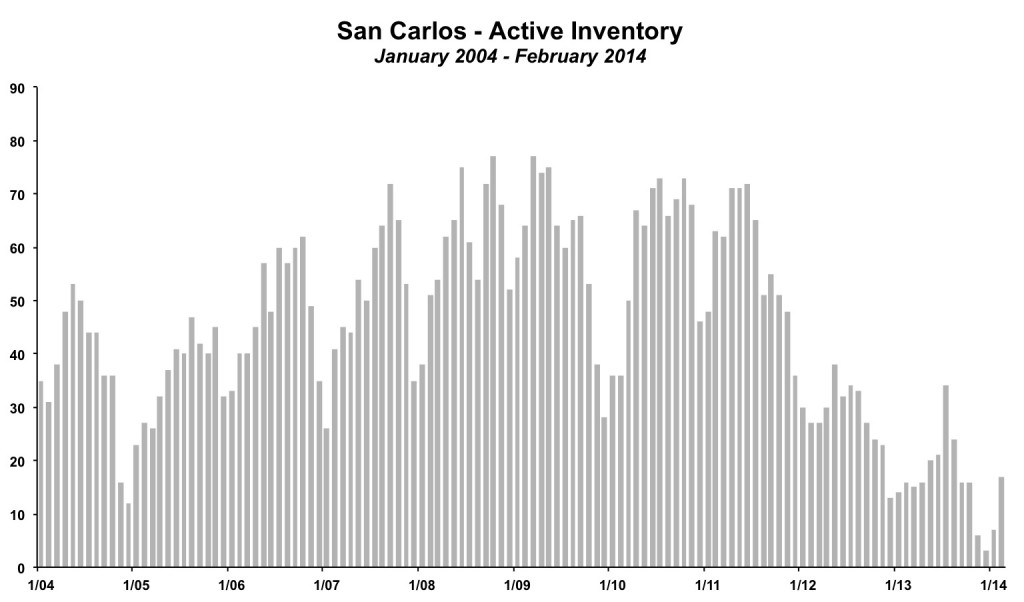