No Sign of Slowdown in Price Appreciation in San Carlos

Prices continue to rise in the San Carlos real estate market. Here are the highlights as of April 2014 (as compared to data since early 2004): The chart below shows the 12 month moving average median price price, average price and average price per square foot in San Carlos. The moving average helps to smooth out random month-to-month fluctuations to give a clearer view of trends. All signs point to sustained price increases over the past 20+ months. In the past 12 months, prices are up around 15% to 20%. Since reaching bottom in early 2012, prices have increased by more than 35%. 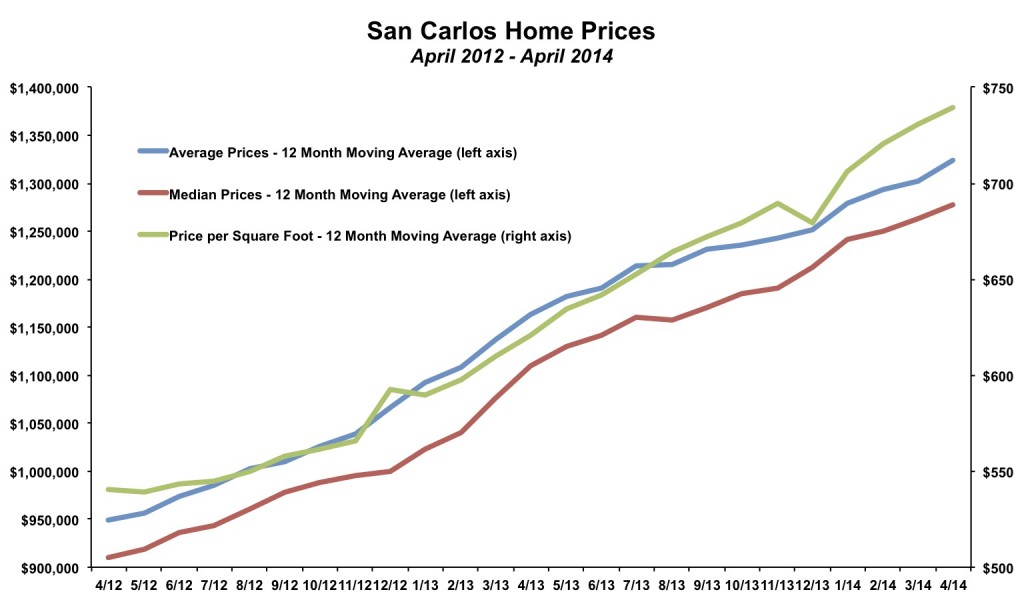 As measured by the ratio of sales price to list price, San Carlos may be seeing the most intense bidding wars anywhere in the mid-Peninsula. The ratio was nearly 111% in April 2014. This is an incredible figure. In a market where the average price is around $1.4 million it means that the average bid above asking is approximately $100,000. Moreover, this was actually the lowest ratio in three months. Buyers continue to vastly outnumber sellers. Until the ratio of sales price to list price reverts back to 100%, it is a strong signal that prices will continue to rise. 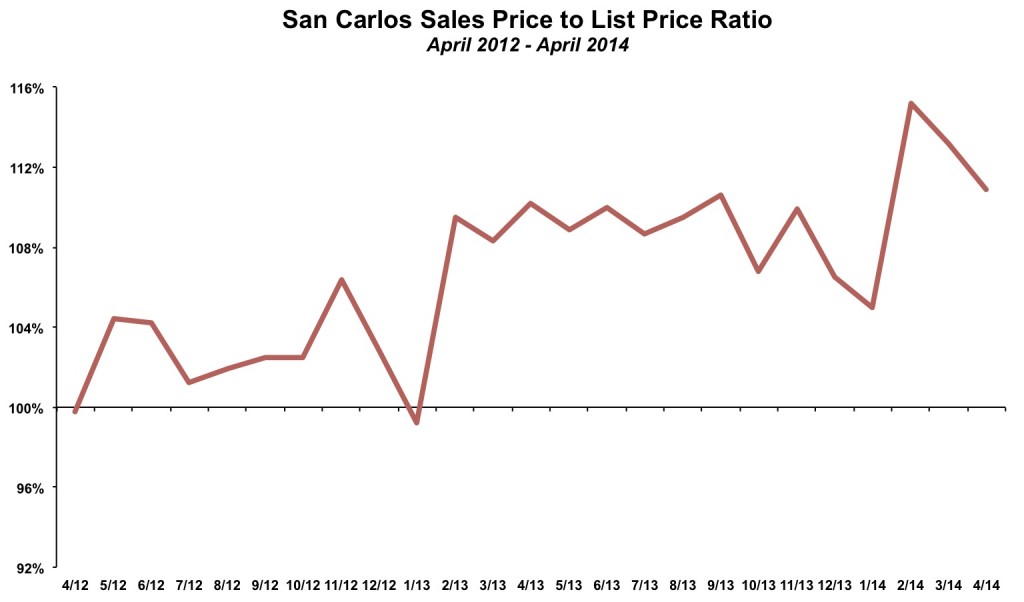 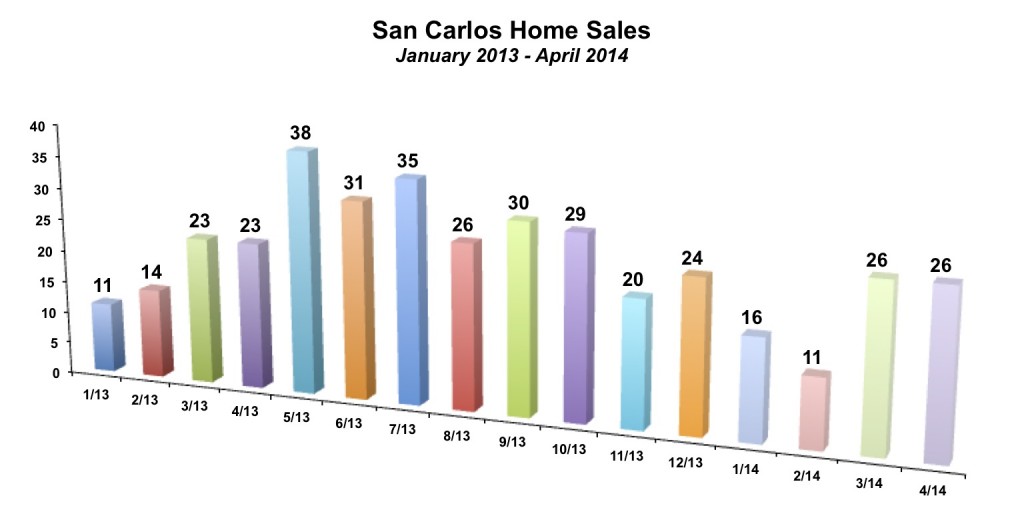 Sales have risen despite a dearth of inventory and without an uptick in new listings. In fact, new listings are almost exactly on pace with what they were in the year prior.

Inventory levels have tumbled to record low levels in San Carlos. At the end of April 2014 there were just 11 unsold single family homes in the city. Inventory levels usually follow a normal seasonal pattern. They are lowest in the winter months and highest in the summer months. We should be seeing inventory rise as a flood of new homes are listed and it takes time for all of them to sell. We are starting to see that seasonal flood, but because the vast majority of homes are selling within a few weeks, inventory actually fell from 17 unsold homes in March.

With so few homes sitting on the market, it is not too surprising that we continue to see bidding wars. 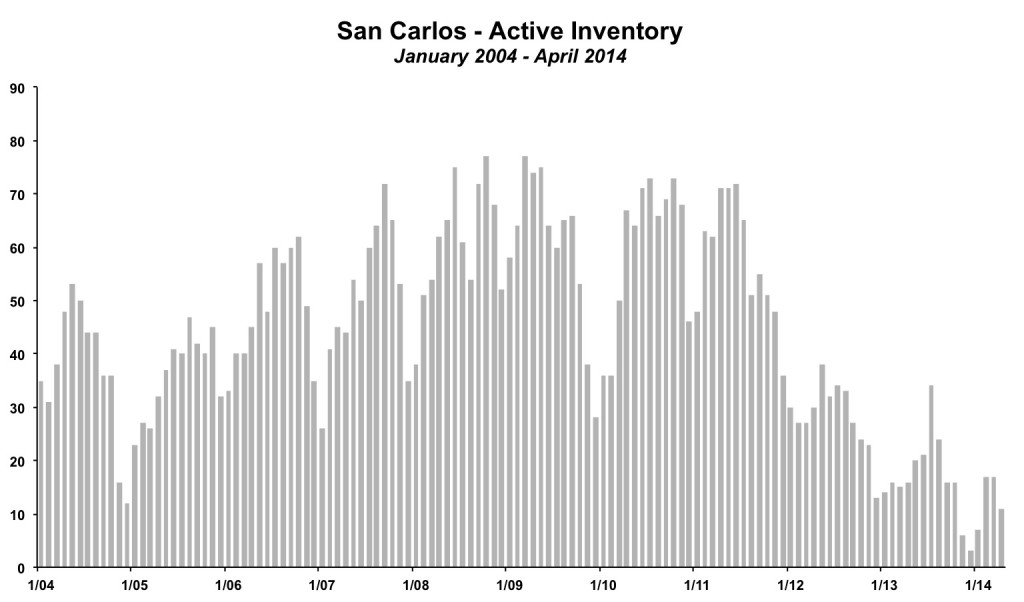