Prices are at record levels and rising in the San Carlos real estate market. Here are the highlights as of August 2013: As of August 2013, prices are at record highs in San Carlos, having confidently surpassing the previous mid 2000's peak earlier this summer. The 12 month moving averages for median price, average price and average price per square foot are all up more than 20% above where they were one year ago. 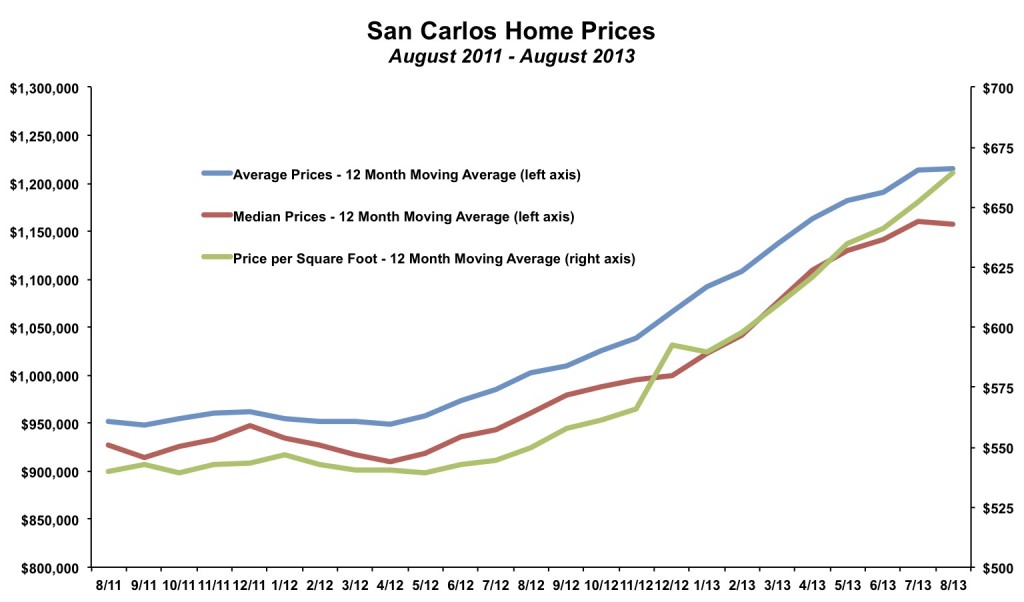 Buyers have bid well above asking prices for the past seven months, with the ratio of the average sales price to list price above 108%. The bidding frenzy has led to price increases. Selling values have risen by 1-2% per month each of the past six months. 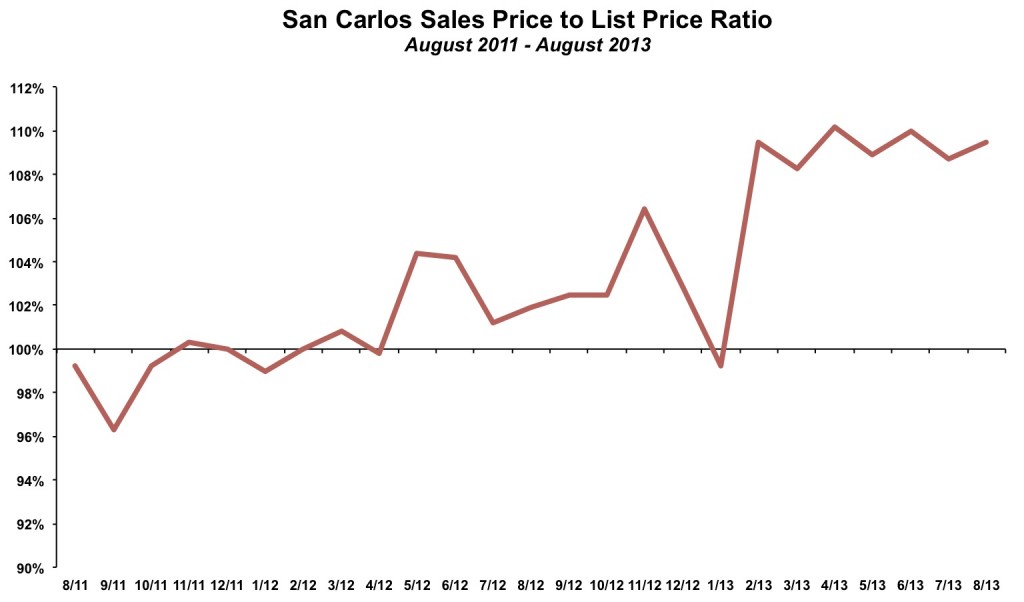 The sales pace has quickened in the past few months relative to the beginning of the year when there was a lull in sales (more so than would be suggested by normal seasonal patterns). Not surprisingly, this has coincided with an uptick in new listings. In the past four months (May-August) there have been 130 homes sold. In the same period in 2012, there were 122 sales. 2012 saw the most sales since 2005.

Inventory levels, which have been on a two-year decline, jumped sharply in July 2013. Inventory usually increases in the summer, but this was a particularly noticeable increase. Rising inventory is often one of the first signs that sentiment is shifting from a sellers market to a buyers market. However, concerns were allayed in August as inventory fell again back to record lows. The increase in July 2013 now looks to be a blip, just a random timing fluctuation. 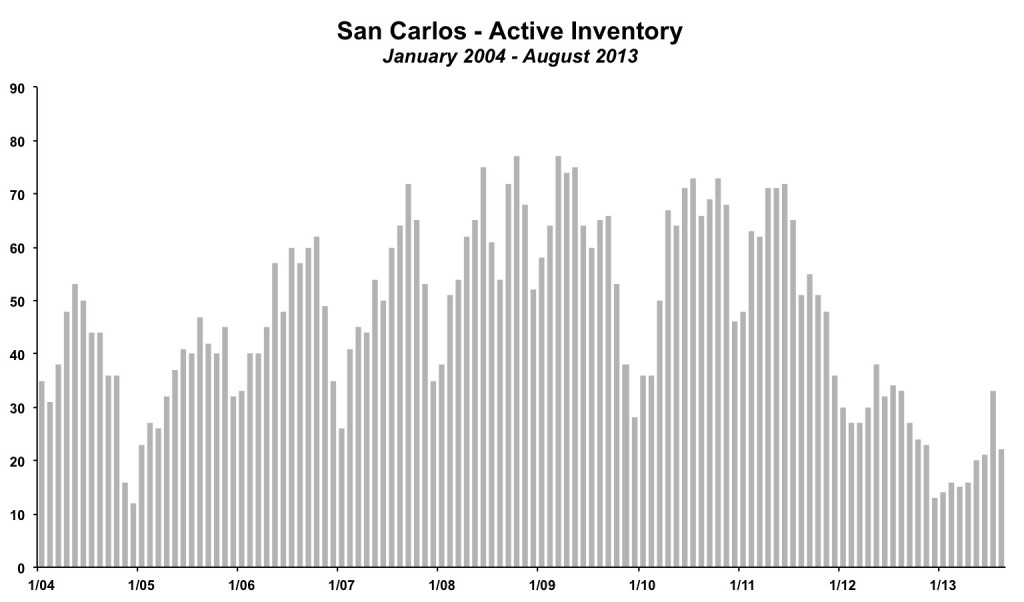