Homes Are Selling For Record Amounts

It remains a sellers market in the San Mateo real estate market as buyers pushing up selling values by bidding well above asking prices. Here are the highlights for July 2014:

Prices have increased by approximately 20% in the past year in San Mateo, and by 40% since reaching bottom in late 2011. The chart below shows 12 month moving averages to smooth out month-to-month fluctuations. Prices are about 5% to 10% above the previous peak seen in later 2007/early 2008.

Sometimes it can be hard to come up with new ways to talk about how much prices have risen or that they are at new highs. This factoid caught our eye. Monthly prices can fluctuate a fair amount depending on what type of homes happened to have been listed or sold that month. Prior to 2014, the highest ever price per square foot recorded in a month in San Mateo was $661. That happened in March 2007. In the last five months, the price per square foot has been above $661 each and every month and it was actually $700 per square foot in June 2014. In other words, each of the last five months have been "record" months in terms of selling valuations. 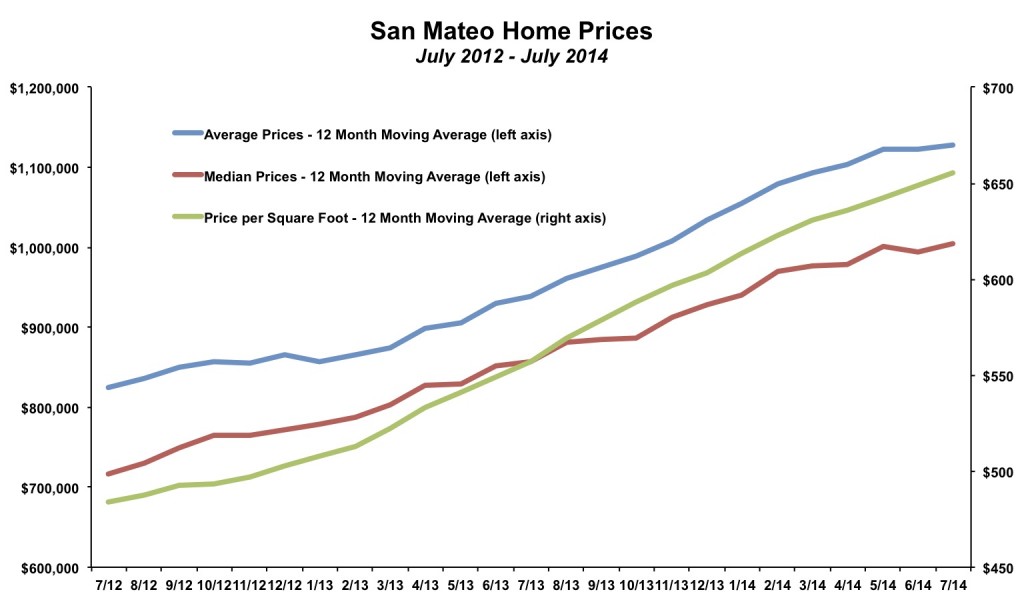 It is a little harder to track, but given the data available it appears that sellers have increased their asking prices to the highest they have ever been in San Mateo. The average list price in San Mateo in 2014 has been about $1.1 million, while the median list price has been nearly $950,000. Buyers continue to put in overbids as they compete against one another over a fixed supply of housing. In July 2014, the average home sold for 9% above list prices, one of the highest rates in at least the last ten years in San Mateo. Unless and until the sales price to list price ratio falls back to 100%, it is a fairly strong signal that prices are likely to continue to rise. 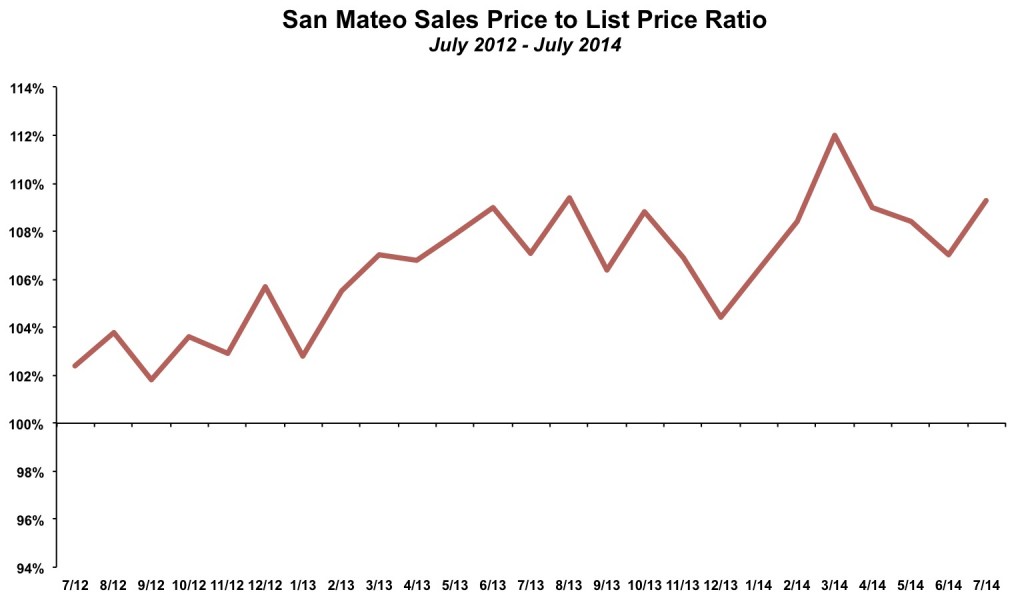 There were just 46 homes sold in San Mateo in July 2014. Looking back at the past ten years, there had not been a July with fewer than 50 sales. For the year, there have been 330 homes sold. Last year at the same time, 386 homes had sold. Sales are definitely down. At the current rate, the annual sales total would fall to about 555 transactions. This is below the ten-year average of about 650 sales per year. However, it isn't the lowest annual total. There were actually fewer than 500 sales in all of 2008 and less than 550 sales in 2009.

At first glance, it seems odd that sales are declining. Slowing sales activity is often of the first signs that a red hot real estate market is cooling. But that doesn't jive with the rest of the data. Homes are still regularly selling above list prices, very few listings are expiring or being cancelled (a proxy for failure to sell) and inventory remains at record low levels. What is driving the slowdown in sales so far is just less homes for sale.

2013 ended the year with 15 unsold homes. Through the first seven months of the year there have been 408 listings. Adding those two numbers together gives us a theoretical maximum of 423 possible sales. In reality, some of the listings may be double counted due to properties being taken on/off the market and there can be some other issues. But let's just go with the 423 possible sales. There has actually been 330 sales this year. This gives a sales/possible sales ratio of 78%. Going through the same exercise for 2013 gives a sales/possible sales ratio of 80% through July. The change of 2% is not significant. (In 2011 for example, the ratio as 48% as of July). 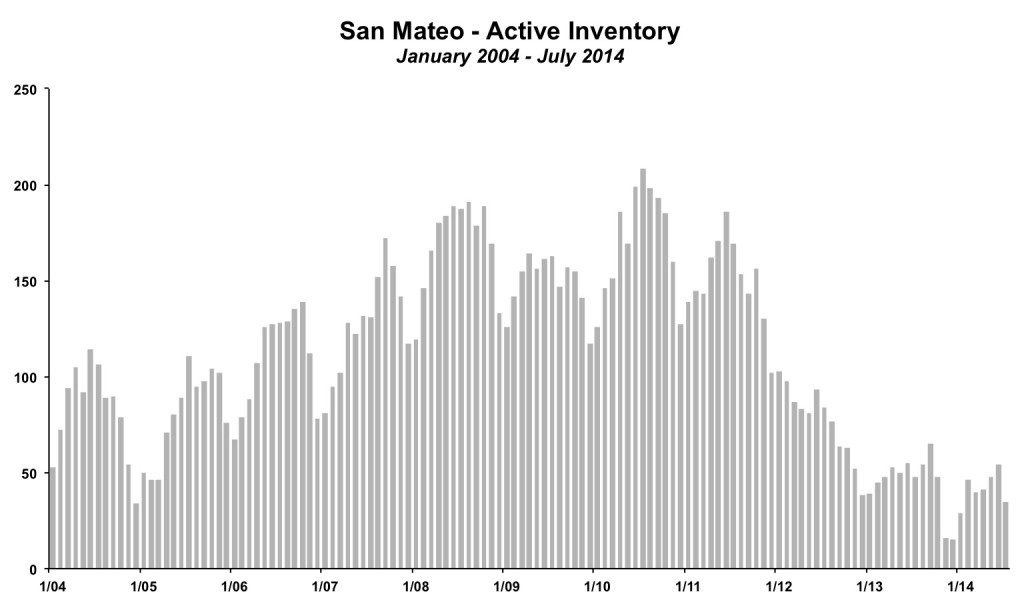