The chart below shows 12 month moving averages for the average price, median price and average price per square foot. The graph appears to show median prices and average prices as being mostly flat since the middle of 2013. This is somewhat misleading. By random fluctuation, the average size of homes sold since the middle of 2013 has been 2,550 square feet. In the first half of 2013, the average size of homes sold was nearly 3,000 square feet. A more accurate statement would be that despite homes being around 15% smaller, selling values have not declined in tandem. Underlying valuations are rising. 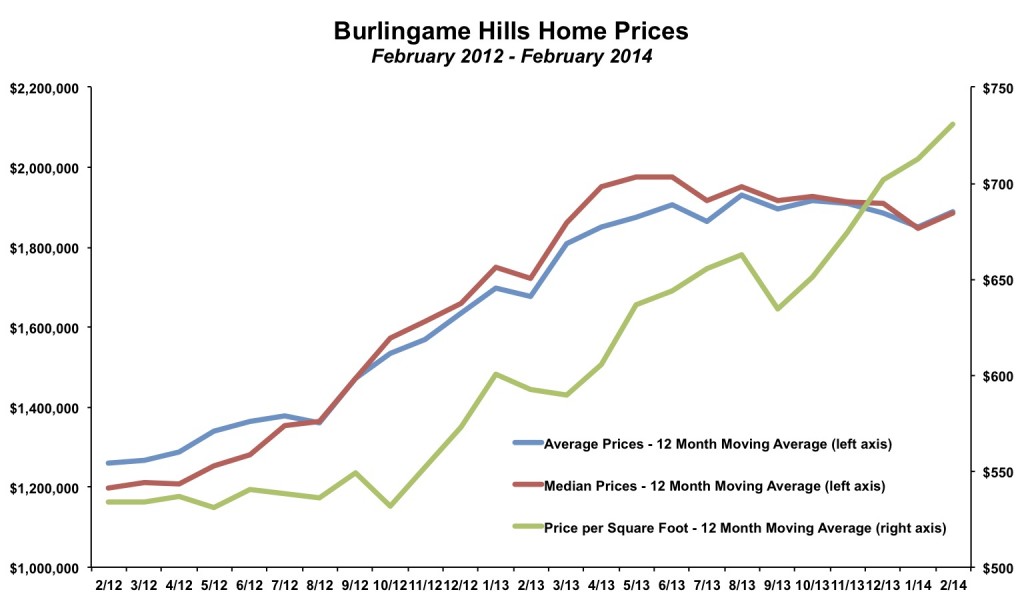 Thinking of buying or selling a home in Burlingame Hills?