The History of the Bay Meadows Race Track

Built on the site of an old airfield, Bay Meadows Racecourse was the longest continually operating thoroughbred racecourse in California, having been founded on November 13, 1934 until its closure in August 2008. The innovative William P. Kyne introduced pari-mutuel wagering, the popular Daily Double, the first all-enclosed starting gate, the totalizator board and photo-finish camera at Bay Meadows.

Prior to the track's closure, the Bay Meadows Handicap had been the longest continually run stakes event in California, having been started in 1934.  Seabiscuit won this race in 1937 and 1938. The track was allowed to remain open during World War II because of its agreement to give 92% of its profits towards the war effort.  The track generated more than $4 million for War Relief projects during the war years. Its ability to run during the war accounts for its status as the longest continually operating US racetrack.

In 1948, the eventual Hall of Fame jockey, Bill Shoemaker began his career by exercising horses on this track. He won his first stakes race here in 1949.

All of the exterior scenes in Stanley Kubrick's 1956 heist movie The Killing were filmed at Bay Meadows. The track was renamed as Landsdowne for the movie, but the Bay Meadows name is visible in at least one early scene of the movie.

The Slow Demise of the Race Track 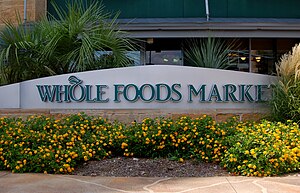 There was talk through the 2000s of demolishing Bay Meadows due to plans to build an entirely new race track near Dixon, California to replace the San Mateo race track and Bay Meadows remained open on a year-by-year case basis. After the track failed to acquire a 2-year extension of the deadline to replace its dirt oval with an artificial surface for the safety of the horses from the California Horse Racing Board, it was announced that Bay Meadows intended to close on November 4, 2006 immediately following its summer-fall season, but in July, 2007, the California Horse Racing Board voted to approve a one-year exemption for Bay Meadows to continue horse racing in 2008 on its current racing surface.  There were ten final race dates in August 2008 for the San Mateo County Fair.  An auction for Bay Meadows paintings was held in August and construction began for a new housing and commercial development in September 2008.

Currently, Phase 1 of the development of Bay Meadows has been completed. The site is anchored by a gorgeous Whole Foods, several restaurants, an Archstone luxury apartment complex with gated underground parking, several acres of grassy parks, townhomes, and single family homes. If you're interested in homes for sale in the Bay Meadows neighborhood or nearby Fiesta Gardens (which was developed in the 1950s and 1960s), please drop Raziel a line.