Prices are rising sharply in Redwood City and buyers continue to bid above asking prices. Here are some highlights for the Redwood City real estate market as of September 2013. Redwood City has seen some of the sharpest price increases in the Peninsula. In the past 12 months, prices have increased by around 20%. Since reaching the bottom in late 2011/early 2012, prices are up 30%. 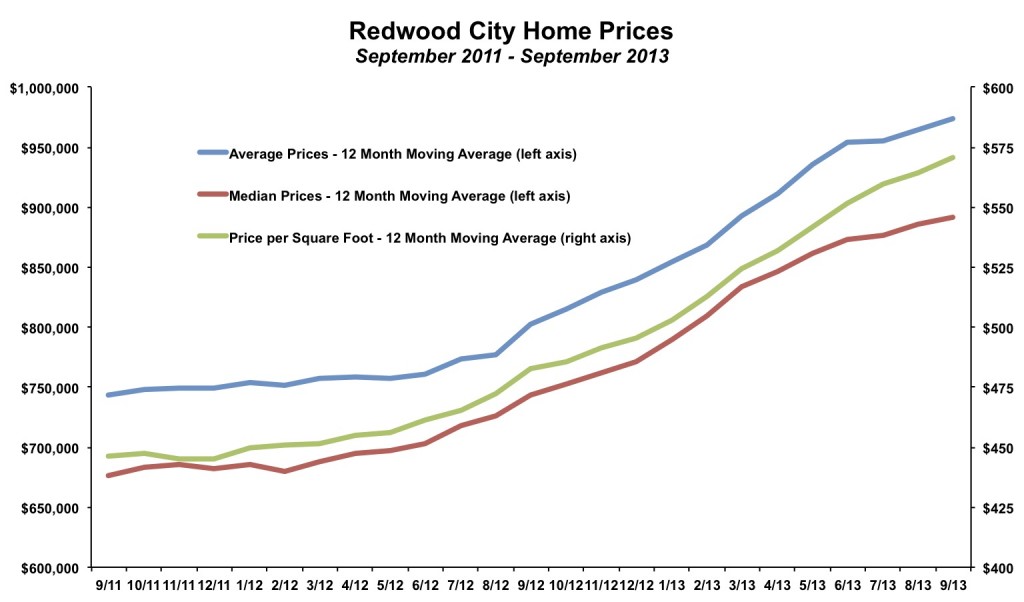 By The Numbers - Redwood City Real Estate for 2013