Buyers Bid Above Asking in Hillsborough

Like the rest of San Mateo County prices are at record levels in the Hillsborough real estate market. Highlights as of February 2014: Prices continue to rise in the exclusive town of Hillsborough. In the past 12 months, prices have increased by around 10% to 15%. Since reaching bottom a few years ago, prices have increased by approximately 25%. The data suggests that prices are at record levels and have fully erased the losses seen at the end of the last decade. 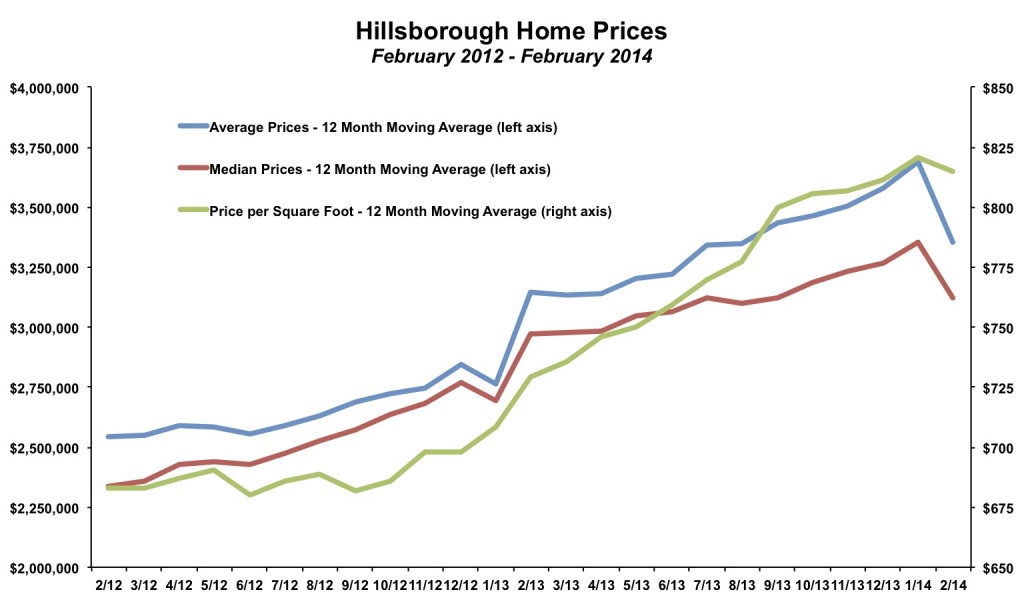 Interestingly, despite the decline in the graph, it seems likely that prices actually continued their ascent in February 2014. This is because the ratio of sales price to list price for sold homes in the month was 102.7%. This was the highest monthly value in at least ten years in the city. Hillsborough is a bit idiosyncratic and in a neutral market where prices are neither rising nor falling, the ratio is usually in the range of 96% to 97% (in most cities in the mid-Peninsula, neutral is around 100%). Assuming that recent sellers set their list prices in the same manner that sellers have typically done in Hillsborough, the fact that they received nearly 3% above their asking price, instead of 3% below the asking price is a sign that prices are rising. 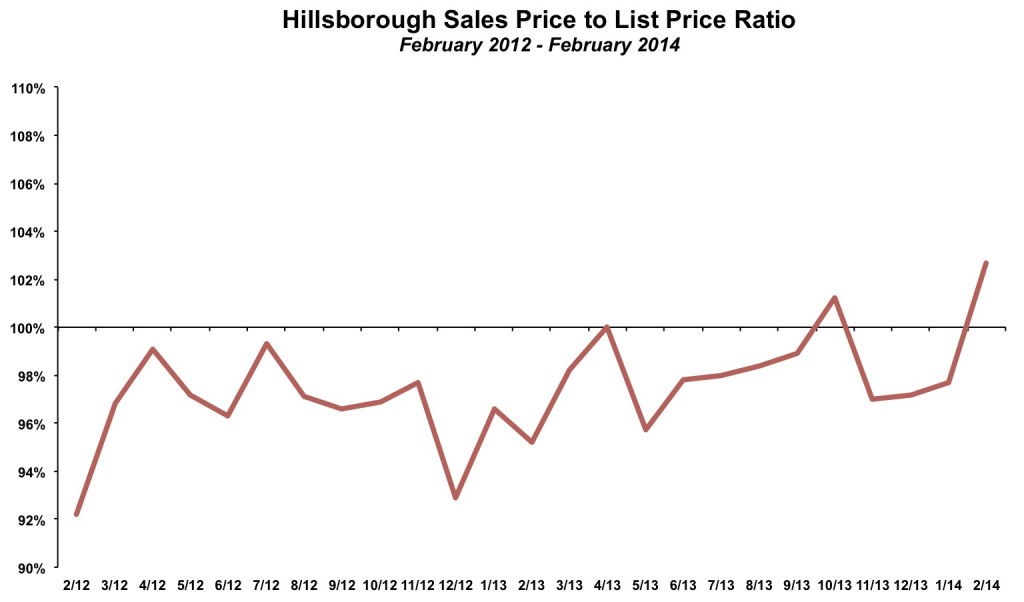 The inventory of unsold homes rose slightly from 33 listings in January 2014 to 38 listings in February 2014 in Hillsborough. However, while inventory did increase numerically, adjusting for the normal seasonal pattern, inventory levels probably fell in February.

The graph below shows ending month inventory levels going back to January 2004 in the Hillsborough real estate market. In most years, and in particular the past five or so, you can see two low values and then the rest of the months are higher. Those two low months are December and January. Real estate activity slows in those months. Sellers either do not list their home or sometimes remove their home from the market during the holidays. Then typically in February, inventory starts to climb as sellers put their homes on the market, but buyers become more active in the spring and summer. The result is that February usually sees a jump in inventory. An increase of five homes is actually below average and suggests a tightening of supply, when adjusted for seasonality. 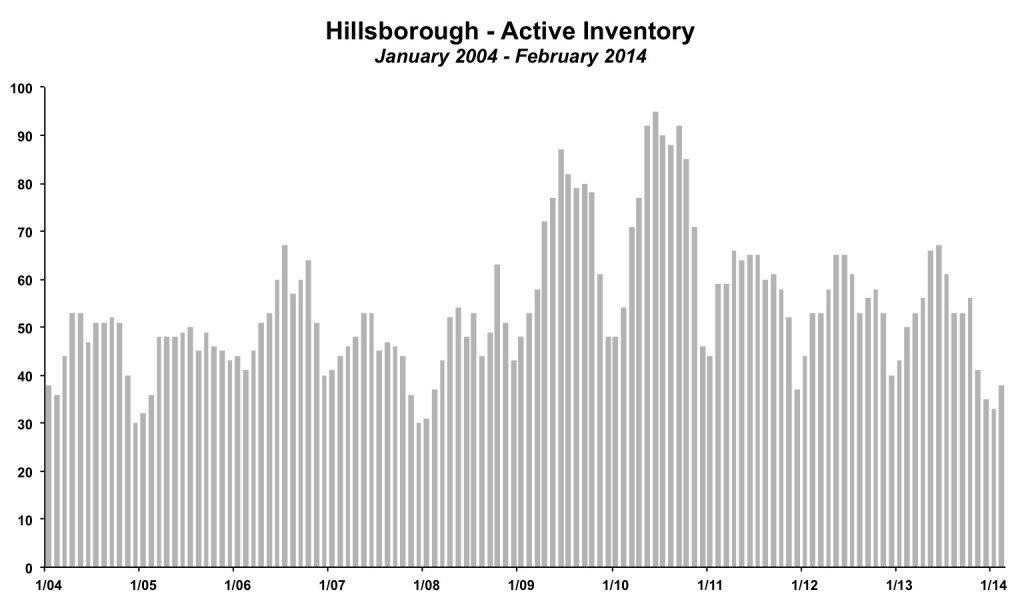