Imbalance Between Buyers and Sellers....

For the 13th straight month, the average ratio of selling price to list price in the San Mateo real estate market was over 100%.  The last time a streak like this occurred was in 2005/2006. The ratio was 105.7% in February 2013. A ratio above 100% means that the average sale is for more than the final list price (though even in this market many homes still sell for less than their asking price, as some sellers price too far ahead of the market). It is a clear sign that the relative imbalance between buyers and sellers continues. For most property types in most submarkets, there are not enough newly listed homes to satisfy the strong buyer demand.

While it is impressive enough that the ratio has remained above 100% for so long, it is even more meaningful that the ratio continues to rise. Current sellers are pricing their listings based on comparable homes sold in the last three months or so (which on average sold for more than the asking price). What it all boils down to is that recent sales represent homes that already had the 2012 bid-above-offer valuations priced in, and yet buyers are still regularly bidding above the new higher asking prices! 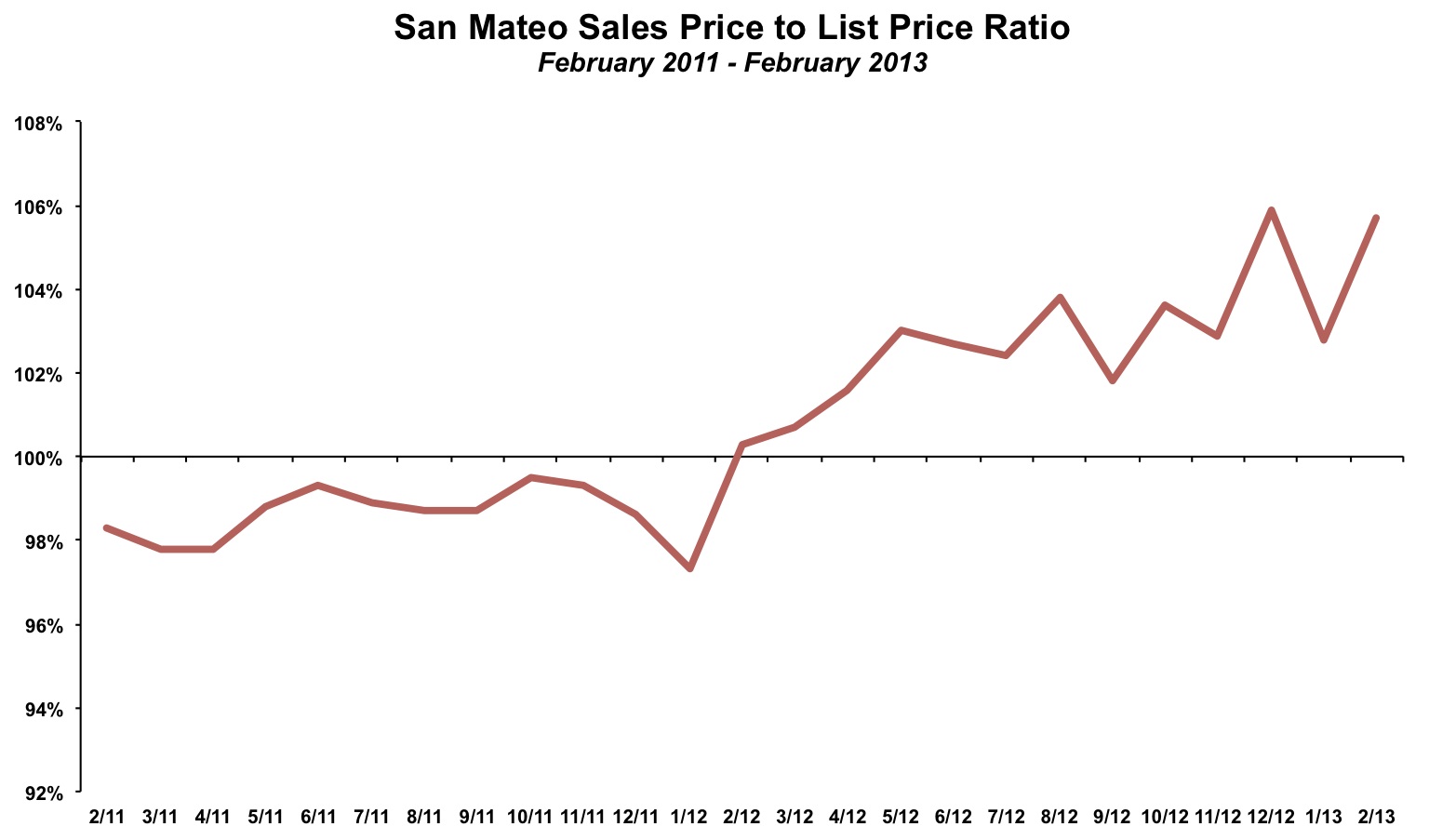 Inventory levels have plummeted to historical depths in San Mateo since the middle of 2010, when the inventory of unsold homes peaked at over 200 listings. Since then, inventory has declined as sales have increased and new listings did not keep pace. For the last three months the inventory of unsold homes has been under 40. This is even tighter than early 2005. Most neighborhoods have 0 to 2 listings at any given time. Well maintained homes in desirable neighborhoods are selling quickly and at a premium. 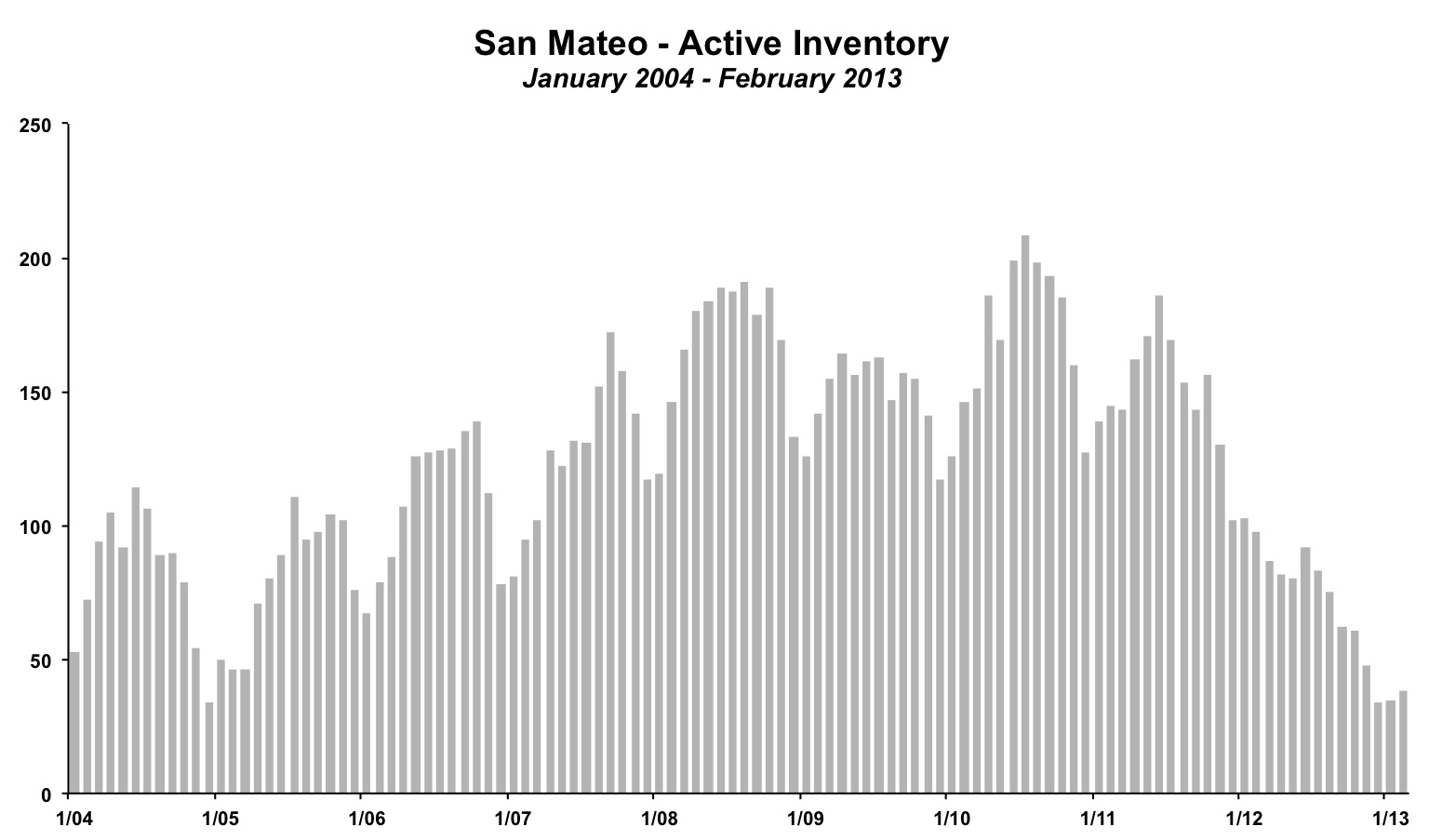 Not surprisingly, given the low inventory and multiple offer situations, the data shows prices are rising in the San Mateo real estate market.The 12 months moving average price per square foot, median selling value and average selling prices are all at their highest since early 2009. 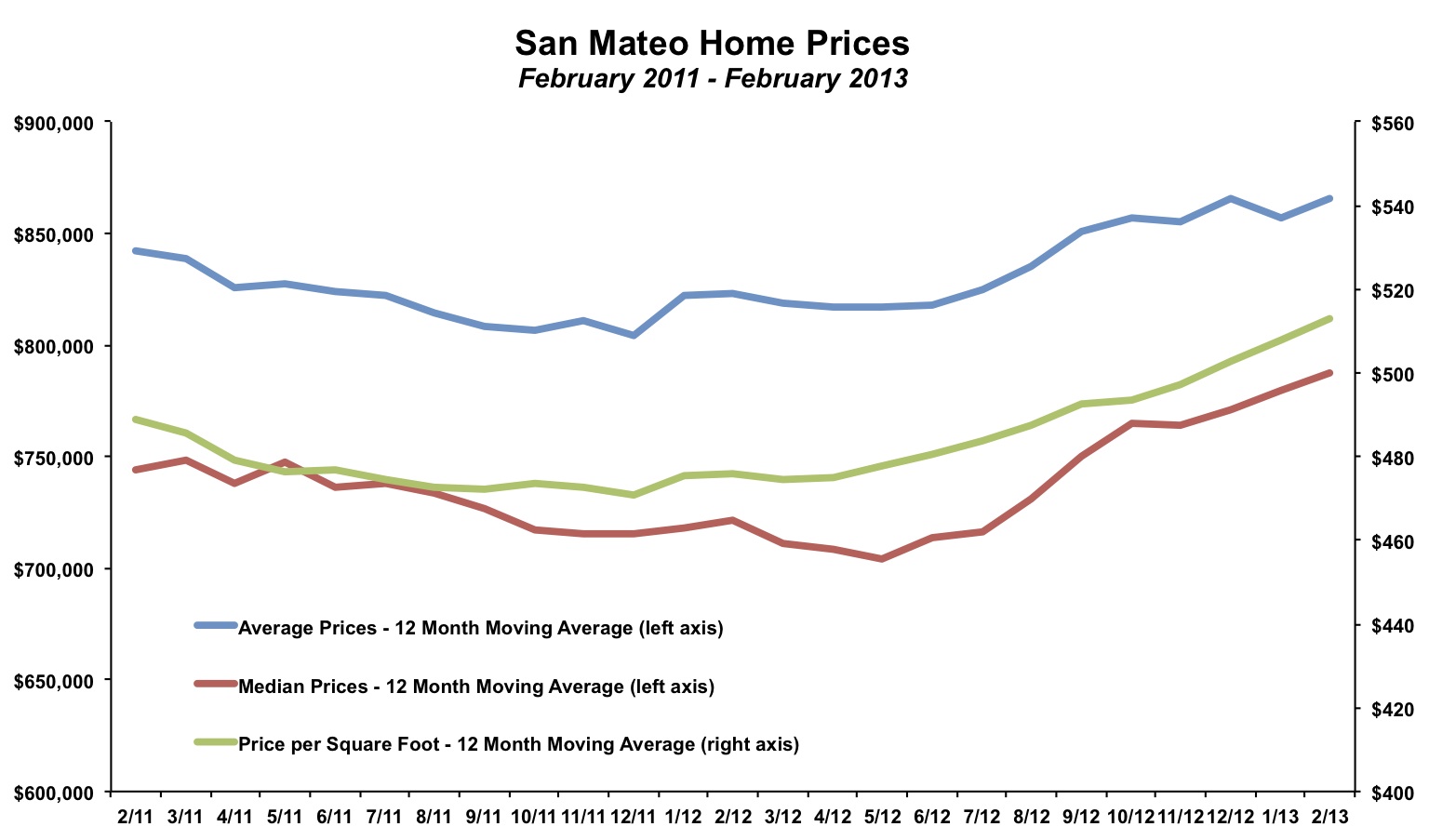 Although there have been a lot of sales to start the year, the number of transactions in 2013 may eventually fall short of 2012. The reason is that without a healthy supply of new listings, sales activity will have to decline. Inventory levels are too depleted to sustain 650+ sales in 2013. However, only 98 homes were listed in January and February 2013, down from 127 new listings at the beginning of 2012.